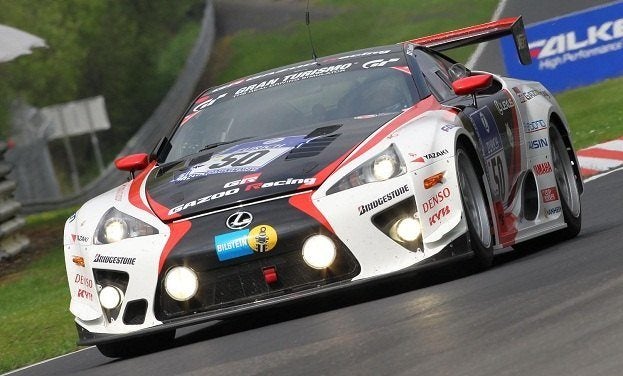 An exhibit recognized as the world’s largest display of custom cars, the 2011 Tokyo Auto Salon takes place at Makuhari Messe International Convention Complex showing off over 600 vehicles in pure modified trim. Composing as part suppliers of some of those automotive creations come from 300 companies represented at the show. Like many custom car gatherings, even the auto companies themselves realize a presence as these lively events is to a benefit for fostering their reputation. Toyota’s premium car brand Lexus arrived with 5 vehicles at the 2011 Tokyo Auto Salon serving to generate a new level of performance excitement. 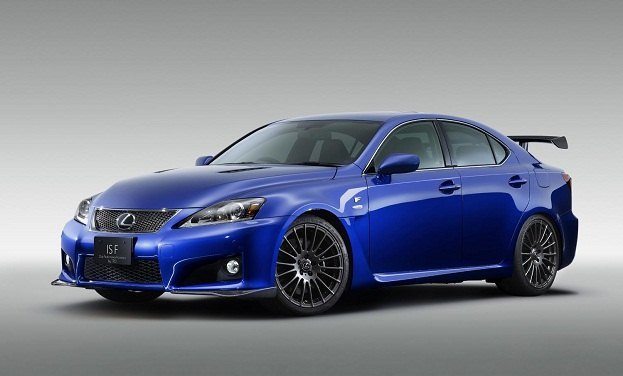 Likely to attract the most eyeball and camera phone glances at the display of Lexus vehicles is the one of two IS F interpretations. The first one of these modified Lexus IS F is the Club Performance Accessory model. Created for Toyota Racing Development (TRD), the IS F Club Performance Accessory provides an even more aggressive take on the thrilling V-8 powered sport sedan. Featuring exterior enhancements such as a carbon fiber hood and a more proactive front air dam, a new diffuser is added under the rear bumper. Magnesium wheels, limited-slip differential and titanium exhaust is also well-presented on the Lexus IS F Club Performance Accessory sedan. Inside, the theme of extensive carbon fiber continues to set the heightened performance mood presented as paneling. Sport seats topped in a bright orange serves as the saddle for which a sport sedan adventure seeker rides. 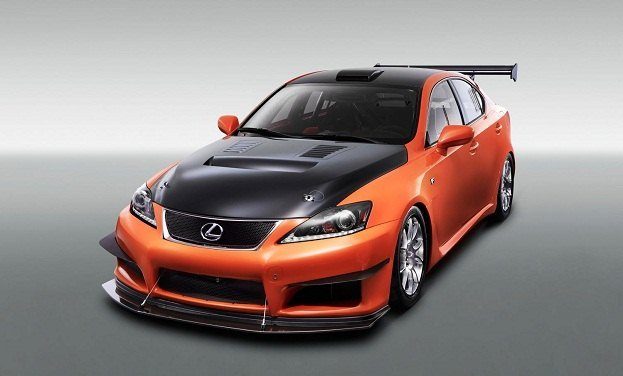 The second of the Lexus IS F sedans is the CCS-R (Club Circuit Sport Racer) edition. Geared specifically for the weekend gentleman or lady racer, the Lexus IS F CCS-R takes street comfort completely out of the equation. Framed with carbon fiber body panels including the hood, truck and spoilers, specialized racing suspension carries all the handling equipment needed for challenging closed road course corners. Riding on stick tires, the Lexus IS F CCS-R incorporates braking, engine cooling, equipment and a mechanical limited-slip differential. Windows on the sport sedan has been replaced with clear polycarbonate while the cabin structure involves a frameless roll cage. Secured in a 6-point safety harness, the driver inside of the Lexus IS F CCS-R holds onto a small diameter steering wheel and paddle shifters. 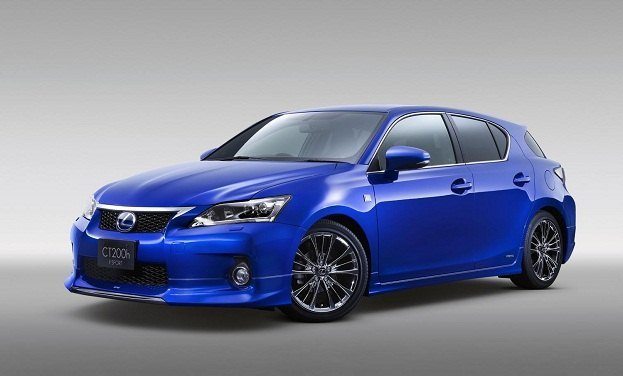 Going on sale soon, the 2011 Lexus CT 200h will take its place in the Japan-brand luxury marque’s entry-level hybrid. At the Tokyo Auto Salon, a F-Sport version of the small hybrid borrows the spirit of the IS F sedan. Highlighted by a Modellista body kit and Recaro sport seats, the Ultrasonic Blue Mica paint graces the modified Lexus CT 200h. The look of the CT 200h F-Sport is finished off with chrome alloy wheels.

With only 500 examples said to be sold to the public, the one of those rare Lexus LFA supercars is being shown off as a racing version. Finishing 18th overall in the 24-hour of the Nurburgring race last May, the Gazoo Racing built LFA car produces more than 490 horsepower.

Finally, the 2011 Tokyo Auto Salon will present a Lexus LS 460 L outfitted by TOM’S. Becoming Toyota’s official tuner in 1975 shortly after the custom components company was founded, TOM’S work is immortalized in several Toyota and Lexus vehicles creations including a Land Cruiser as well as a Prius. Besides completed cars, TOM’S supplies the Lexus LS with interior, exterior and performance enhancing items including 21-inch forged alloy wheels as well as a speed limiter cut off module that bypasses the factory top speed settings.