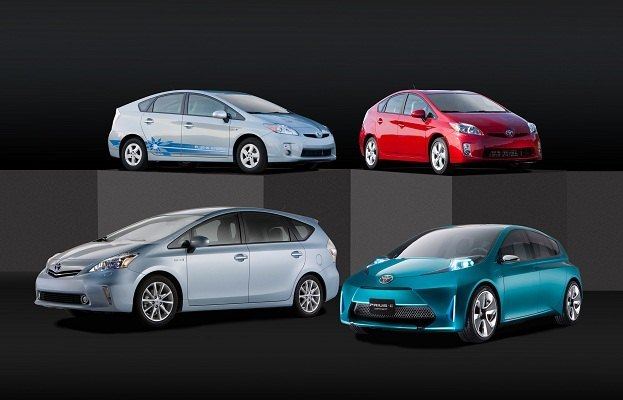 We’ve heard of a nuclear family; At the 2011 North American International Auto Show in Detroit, Toyota has revealed their creation of an gasoline/electric hybrid family under the famous Prius name. The 3rd highest selling vehicle in the Toyota car United States lineup for 2010, Americans have warmed to this pioneering form of motoring other automakers are only now embracing. As other car makers stride to establish their first electric or electric-assisted propulsion vehicles, the Toyota Prius prepares for a model expansion. Through 2012, three new vehicles wearing the Prius name will add flexibility to the once niche hybrid. 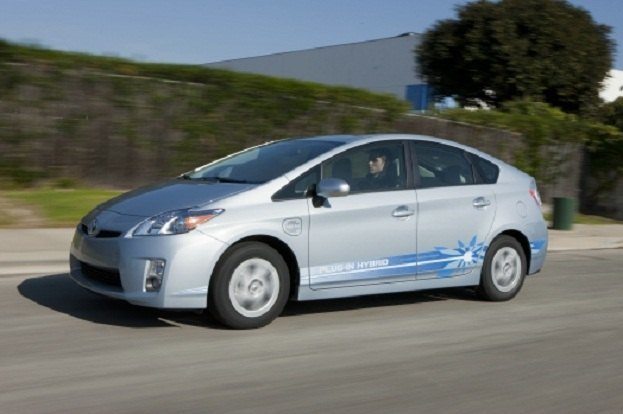 Working largely in opposite fashion to the conventional Toyota Prius, the vehicle initially drives on zero-emission electricity with the gasoline engine ready to supply support under extreme demands or when the battery depletes. The plug-in version will run solely on battery power for 13 miles for speeds up to 62 miles per hour. Certainly not providing the range the Chevrolet Volt, the Toyota Prius Plug-in hybrid is designed to work with a smaller battery which can be rapidly recharged. The lithium-ion battery pack takes only 1.7 hours to charge through a modified 220 volt power source. Toyota’s gasoline engine remains under the hood playing back-up in the Prius’ powerplant pairing.

Planning to be rolled out in just 14 states initially, the plug-in version of the Toyota Prius will be sold nationwide for 2013. 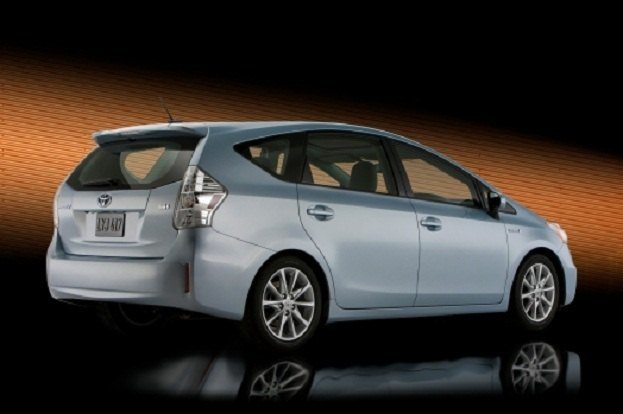 For those wishing for a more cargo-friendly compact hybrid, the Toyota Prius v will arrive in the summer of this year as an increasingly more practical solution. Extended in total length by 6.1 inches over the conventional Toyota Prius, the Prius v appears familiar up until the rear one-third of the roof line. The revised exterior of the newest Toyota Prius v translates to more than 50 percent more storage space inside the vehicle. Assembled into a wagon design, this distinguishing characteristic helps the Prius v in providing 34.3 cubic feet of cargo room behind the rear seats. Taking on a squarer rear end, the Toyota Prius v still obtains a very slick drag coefficient of 0.29 in wind tunnel aerodynamic testing. 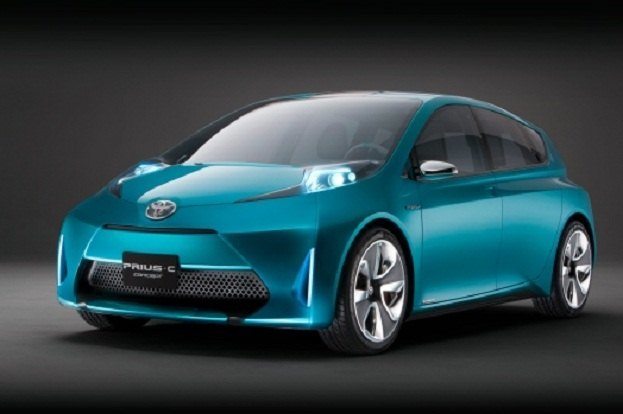 Channeling a more value-oriented Prius model, the Toyota Prius c concept explores more adventurous styling in hybrid vehicles. With the ‘c’ standing for city, this Prius demonstrates a smaller exterior frame suited to urban environments (where conventional hybrid vehicles furnishes the best fuel economy results). The Toyota Prius c concept reconstructs the front end into a truly distinct configuration. Radical headlight placement over top of the front wheel towards the windshield cowling is joined by a more sculpted fascia. Labeled as a concept vehicle, the Toyota Prius c is presented as a hint to a 2012 year vehicle.

Intent on building a much larger collection of Toyota Prius vehicles, it’s acknowledged that many dealership have problems keeping the single hybrid in stock. Adding three additional attention-getting vehicles to the portfolio is certainly going to require an increase in the supply chain. Recently in late 2008, due to the popularity of the Prius in the United States alone, Toyota considered planting a production facility inside the country. That plan is abandoned when gasoline prices dropped and the auto market tumbled. Chances are that the Toyota Prius may continue to be imported from Toyota City in Japan.

The press conference was a celebration for what a hot commodity the Toyota Prius has become but was also a cheerful boast to the naysayers of the gasoline/electric hybrid car. As Toyota division general manager Bob Carter effectively mocked anti-hybrid sentiment through recollecting the words of one critic who called the electric-assisted automobile “a PR Stunt”. The individual was former General Motors executive Robert Lutz (To the credit of Lutz, he has long back-pedaled from the statement since GM green lit the Chevrolet Volt). Enjoying the taste of victory of a now profitable Prius hybrid vehicle, Toyota has electrified not only a positive future but a pleasing present.