The Audi TT has always been more about style than performance or driving enthusiasm – the fact that you can’t even get one in the States with a manual transmission is proof of that. There’s a reason it has a “mid-life crisis car” rep.

But that doesn’t mean it can’t perform. While the standard 2011 TT is fitted with Audi’s 2.0-liter turbo’d inline-four pumping out 211 hp and an impressive 258 lb-ft of torque, the more performance-oriented TTS gets a bigger turbo and intercooler, upping the ante to 265 hp. Interestingly, the TTS’s torque rating stays at 258 lb-ft, and is available later on in the power band. Know what that means? Turbo lag. That’s what you get with bigger turbos, and in the TTS it’s noticeable. I don’t want to be too harsh, because it’s not that bad, but the car is a sloth off the line in normal driving. Luckily, Audi’s given us a way to help give the little TTS a kick in the pants from a stop.

It’s called Launch Control. Turn off traction control and put it in Sport mode (both of them – yes, this car has two sport modes.) Left foot planted on the brake, right foot flooring the throttle. RPMs will rise up to around 3200-3700, then hold it until the light turns green, at which time you’ll take your foot of the brake. The car thinks for a second, then takes off as quick as it thinks it can go. No tire squeal and no drama, thank to Audi’s quattro AWD system – just a zero to 60 time of 4.9 seconds (in the coupe; 5.1 for the ‘vert.) Just don’t do what I did during a launch and instinctively go for the clutch pedal, slamming hard on the brakes at 90 mph. 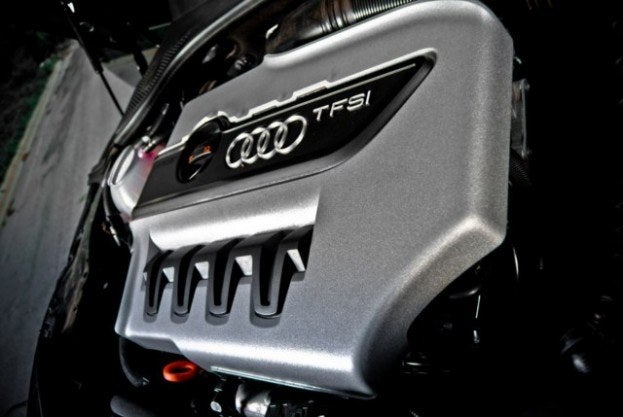 Launch Control (and my brake-smashing episode) is thanks to Audi’s quick-shifting 6-speed S-tronic transmission. I suppose calling it “quick” is a bit of an understatement, actually. If it weren’t for the famous (and cool-sounding) “DSG burp” and dropped revs, you couldn’t tell it shifted at all. The steering wheel-mounted paddles let you choose your own gears if you want more control. In terms of automated transmissions, this one is one of the best. Having said that, I would still really like to see a manual transmission offered in the TT line-up. Luckily, the upcoming Audi TT-RS is said to come only with a manual gearbox.

Along with the extra oomph under the hood, the TTS gets a few more upgrades over the regular TT. Most importantly, it gives you that extra Sport mode I mentioned earlier, which changes how the suspension, throttle, and steering act, as well as add a more aggressive tone to the exhaust. It’s also lowered by 10mm with a tighter ride, gets fancier leather than the regular TT, a lap timer, a much less wimpy-looking front and rear-end, and a set of semi-attractive 19-inch alloys. All that for an extra $8,700. Our review model is an Oolong Grey Metallic TTS Roadster, whose top goes down in a mere 12 seconds. If you want to look extra cool, retract it while scooting along at up to 30 mph. One stupid thing about the top – for the car to consider it completely down, it has to fold the top down completely, then roll the windows completely up. Stop it before the windows are up and it yells at you, acting like the top isn’t down all the way. What, does it want you to look like a doofus? Move into the Roadster and along with an extra $3,000, you’ll get two fewer seats (the coupe is a 2+2) and less storage space, but dramatically improved headroom.

I feel like I’d be doing Audi a disservice if I didn’t mention that our TTS Roadster has one of the sexiest interiors I’ve ever seen. Ours had the “Silk Nappa Leather with Black and Magma Red Interior,” consisting of black and red leather seats with red leather accents on the door panels, red piping on the floor mats, and red stitching all over the seats, shift boot, steering wheel, arm rests, doors, and gauge cluster cover. Add to that chrome and “aluminum-optic” accents on top of gloss black trim and overall exceptional design, and you have one of the nicest-looking interiors out there.

As an everyday driver, as you’d expect in just about any little roadster, the TTS isn’t particularly superb. Storage space in the front for anything is seriously lacking. The only thing you have is an odd little cubby in between and behind the front seats that opens into the trunk and requires an awkward yoga move to access. The spec sheet promises a 9-speaker, 140-watt sound system with auxiliary jack for audio input, and while the audio sounds fine, we can’t find that damn aux jack despite scouring every inch of the interior, and reading the manual. Driving the TTS is a significant improvement over the standard TT – that is, it feels like a sports car. Launch mode is fun, but I do wish there was a bit more drama when taking off. Taking off aggressively without launch control is next to impossible, though, which is a bit disappointing. The car, as you could have imagined, is great at taking corners, but interestingly you don’t get that feeling while driving it. You almost have to sit back and think “yeah I took that corner at 45, that’s pretty quick.” You just don’t get that communicative steering feel that’s expected in a sports car. That’s not to say it’s not a fun car to drive, it is; I just think it could be better. I understand why it’s the way it is though, if they took all of my suggestions they would alienate their prime demographic. Plus, that’s what the TT-RS is for. 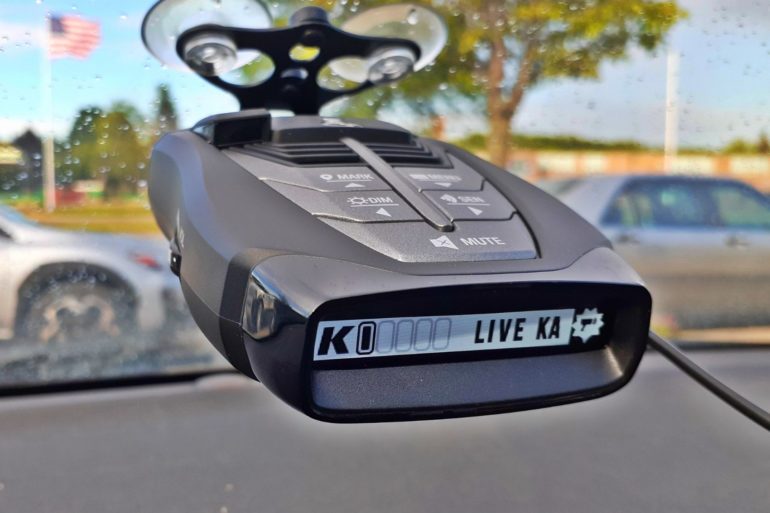