With only days remaining in 2010, Kia Motors has aligned themselves for the best year in their company’s 66-year history. Enjoying a 16.8 percent sales increase in the North American market for 2010 on the end of November, Kia Motors has been raking in praise for their vast improvement in creating desirable vehicles.

Among the areas the South Korean auto company is being immediately congratulated is advancement in aesthetics. While more-inspired styling is just recently showing up on production cars, concept cars through the past few years were giving promises Kia Motors has now fulfilled. Prominently featured in the Kia Soul compact utility vehicle which started life as a 2006 concept car at the Detroit International Auto Show, design influence from show vehicles have created the stunning new Optima sedan and the Sorento. For the 2011 edition of the International Auto Show in Detroit, Kia Motors is showing off their a new spin on an urban utility as the KV7 Concept will be shown off in what the company calls a “convention-challenging concept vehicle”.

Seen with 4-passenger seating, the Kia KV7 Concept most notable interior feature is pivoting seats. While captivating us with this take on cabin flexibility, the Kia KV7 Concept’s seating system is unlikely to find production in its present form. Offering somewhat unusual individual seating, observers will note the lack of spots to place seat belt harnesses provided inside of the KV7 Concept in present form. Let’s simply admire the KV7 Concept’s den-style cabin at a fancy take on automotive interior design.

Supplied with limited information on the Kia KV7 Concept prior to the Detroit auto show, the design study vehicle exists at present time without understanding for what possible powertrain will be employed. 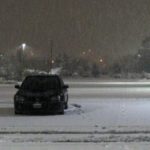