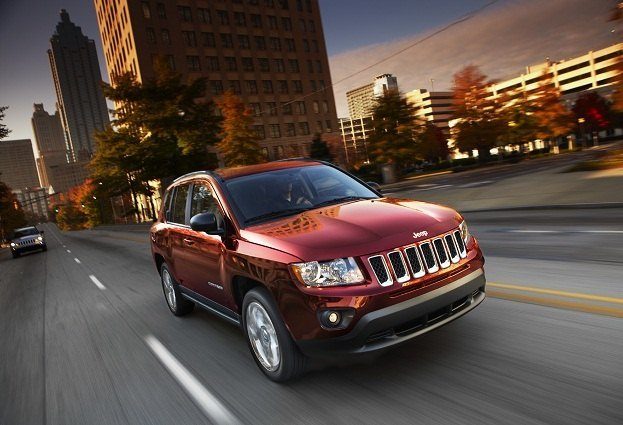 Since introduction, the compact crossover Jeep Compass has been a lost sheep amongst the Chrysler brand’s herd. A spawn of the same platform which the Dodge Caliber and the Jeep Patriot rides, the Compass’ car-based physique has made it hard for the vehicle to prove its worthiness of the 9-slotted grille. While the Compass could be fitted with an all-wheel drive system, the crossover went from 2007-2010 model years with the embarrassment of never receiving Jeep’s ‘Trail Rated’ certification. Entering into the marketplace as a quasi-Jeep, the Compass crossover’s first major updating for 2011 is on track to earn the hard core Jeep fans.

Promoted by Chrysler Group as “A Grand New Jeep Compass”, it’s more than evident with the exterior styling in which direction the division wants to take their junior Jeep. Openly admitting that the Jeep Grand Cherokee redesign was the basis for buffing up the 2011 Compass (a move which seems more than sensible following the avalanche success of the Jeep flagship), the replacement of the rounded headlamps starts to identify the compact crossover’s changes.

Losing the headlamp design which lit the path for many Jeep vehicles, the 2011 Compass’ new wrapping quad reflector forward lighting casts a more formal image. Another exterior change exhibited on 2011 Jeep Compass is the scaling back of the silver-coloured moulding pieces. Having resembled a treatment similar to the body cladding performed on early 2000’s Pontiacs, Jeep’s desire to makeover the Compass in the image of the Grand Cherokee saw the matted pieces replaced with body colour bumpers. The 2011 Jeep Compass continues to add exterior trim flash but only with shinier, more polished pieces existing sparingly on the lower body panels and the rear bumper lip. A body colour rear spoiler and optional LED taillights finalizes the cosmetic refreshment to the Jeep Compass’ body.

Riding on a retuned suspension for better handling, the 2011 Jeep Compass also awards occupants with better comfort traveling inside interior which has also been reworked. Soft-touch materials are said to be included along with a new steering wheel and center armrest. Sirius satellite radio as well as Travel Link, a 9-speaker Boston Acoustics sound system and Uconnect will be features available inside the 2011 Compass not including a wide array of safety equipment which includes side-curtain airbags on all models.

Continuing to be part of the Compass platoon for 2011, engine choices of a 2-liter four-cylinder producing 158 horsepower and the 172 horsepower, 2.4 liter V-6 World Engine is offered. With the five-speed manual and the Continuously Variable Transmission (CVT) also returning, fuel economy will stay the same as the 2010 Compass ratings.

Allowing itself to be fitted for whatever adventure a buyer has in mind, the 2011 Jeep Compass continues to be offered with a front-wheel drive or all-wheel drive option. All-wheel drive system Freedom Drive I returns on the Jeep Compass for 2011 but the biggest news comes with the addition of another drivetrain choice which will finally break off the shackles off the Compass. Freedom Drive II Off-Road Package includes special CVT transmission fitted with a low-range setting, all-terrain tires inside 17-inch aluminum wheels, skid plates and an increase ground clearance of a full inch. A four-wheel drive system which gives the 2011 Jeep Compass a chance to challenge moderate off-road situations, Freedom Drive II provides Jeep Compass with the credibility to earn a Trail-Rated status for all of vehicles within the division’s lineup.

Taking on urban trails December 2010, the re-calibrated Compass comes in a base, Latitude and Limited model range by pricing remaining on par for the 2011 models.