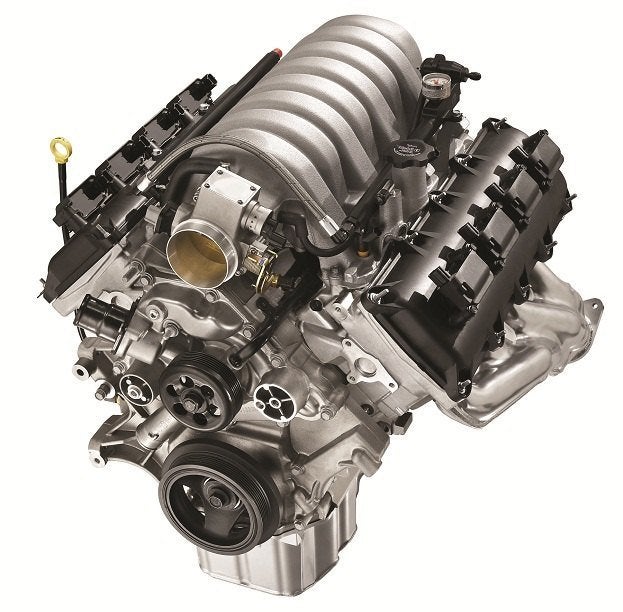 Coming up to a special time of year where many of us look for that one special gift under the Christmas tree, some motorheads will be devoting their sugarplum dreams to what awaits under a drag racing Christmas tree. Just in time for holiday planning, Chrysler’s Mopar brand released some exciting new high-performance parts at the annual 2010 Performance Racing Industry Show in Orlando, Florida. Displaying amongst some of their modified Chrysler products which they called “Moparized”, Mopar’s latest speed-improving components is certain to rev-up the new year for fans of Mopar.

The centerpiece technology of Mopar’s exhibit at the Performance Racing Industry is their reintroduction of the passion and spirit of Chrysler’s historic racing powerplant deemed the “elephant motor”. A reboot of the 426 HEMI V-8, the new Mopar 426 crate motor features modern all-aluminum construction. The Mopar 426 All-Aluminum HEMI engine instantly captures the performance echelons reached by the original powerplant with 540 horsepower and 530 pounds-feet of torque. Being a crate motor priced at $13,675, this engine comes ready to be dropped into a Chrysler muscle car and other project. Noting the Mopar 426 engine as a member of the HEMI Gen III family, Mopar has also shown off a host of new compatible components with the new powerplant such as drivetrain tie bars and a distributor.

For vehicles on the Chrysler LX Platform (Chrysler 300, Dodge Charger and Challenger), a host of new Mopar performance enhancement parts. Starting with special rear strut tower designed for greater chassis rigidity, a Mopar Cold-Air Intake system is introduced for the 5.7 and 6.1 liter HEMI V-8 equipped LX platform cars subjecting cold air into the intake manifold. For those modern Chrysler buyers concerned that only the HEMI engine is receiving attention during Performance Racing Industry will be relieved to see an new add-on for 2011. The Mopar Cold-Air Intake system is also available for the 3.5 liter V-6 engines built prior between 2008 to 2010 (prior to the Pentastar V-6 engine). Mopar has not been stated for what the Cold-Air Intake system offers in measurable performance.

Among other products Mopar will be featuring at the Performance Racing Industry Show is the Mopar W2 cylinder heads for Chrysler Wedge small block engines and a new cylinder head for the 4-cylinder engines used with their USAC Midget car racing program.

The Mopar display, accented with a 2011 Mopar Challenger V-10 Drag Pak car, continues to honour the rich history which the entire Chrysler Group is wise to recognize as part of their restructuring. Having revealed their 2011 Dodge Challenger SRT8 392 more than a month ago, the present time reimagining of prized Mopar-linked names appears to be turning out some faithful creations.