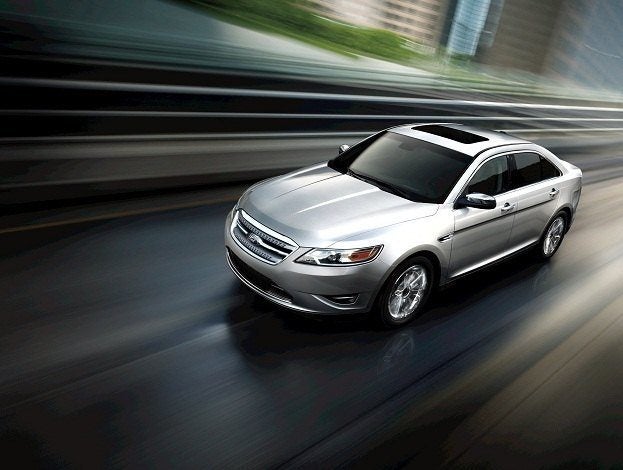 Overcoming economic ruin of a few years ago, the Ford Motor Company was midway through a recovery just as its other American automotive rivals needed government assistance to buoy their business. With the auto industry flowing along a series of peaks and valleys, there have been a number of occasions that the Ford needed to fight their way back from near financial failure.

In the early 1980s, the major American automotive companies were facing a steady and growing influx of import vehicles within the United States market. Like many of the American automakers, Ford Motor Company were beaten senseless through the 1970s as building unsafe, unreliable and vehicles out of touch with a new American motorist. As the 1980s broke, Ford realized they needed to redefine their products using a radical analysis of what vehicles other companies of the world have been selling. Under the guidance of designer Jack Telnack, a 5 year extensive process had assembled the new paradigm of American automobiles. An ‘everything or nothing’ risk, the 1986 Ford Taurus was released in the last month of 1985 introducing domestic car buyers to a new standard of American vehicle production.

Sold as both a mid-sized sedan and wagon, the aerodynamically-friendly Taurus shape was a stark difference to the previous Ford LTD exterior. As one of the most defining features, the Ford Taurus was introduced with plastic-covered front headlamp housings which flow effectively with the vehicle lines. A design element European and Japanese auto engineers were long able to work into designs around the world, Ford pressured the NHTSA eventual relaxation of rules after a long-time prohibition of covered headlamps that made the final Taurus design possible. With striking exterior design, interior style and comfort was praised as ergonomic and roomy. The drivetrain employed in the Taurus was also a sensational departure from previous American Ford products was front-wheel drive as well as a 2.4 liter four-cylinder and 3-liter V-6 engine. Recognition came quick for the young Ford Taurus with Motor Trend magazine giving the revolutionary vehicle a 1986 Car of the Year Award. 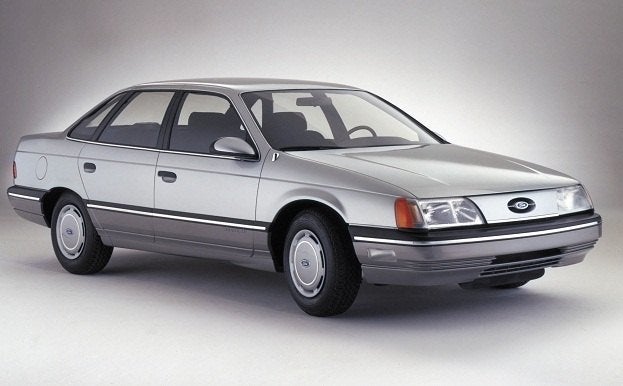 In December of 1985, Ford Motor Company expressed relief as their Chicago production plant (the same plant the current Ford Taurus is being assembled 25 years later) was humming nearly non-stop in producing the new Taurus and its cousin the Mercury Sable. Between late 1985 to 1997 at both the Chicago plant and an assembly located close to Atlanta, 6 million Ford Taurus vehicles were produced. Moving smoothly off Ford dealership lots, the popularity would become a double-edged sword as the abundance of the Taurus would eventually amount to poorer than average resale value. However, this figure would cement many Ford Taurus models as an affordable used cars ideal for first cars or families on fixed-incomes.

After a few years of sales which scaled over a million units by 1989, the Taurus’ edgy styling had worn-off leaving Ford searching for a new way to reinvigorate their sedan. In that year, Ford and Yamaha teamed up to create the Taurus SHO (original recited in acronym-form as opposed to the current SHO pronounced as a single word). Using a performance-tuned 3 liter V-6 prepared by Yamaha, the 1989 Ford Taurus SHO produced 220 horsepower that was channeled through a 5-speed manual transmission. A fast package, the Taurus SHO could launch from 0-60 miles per hour in 6.6 seconds. The Taurus SHO continued by to 1999 (featuring a 3.4 liter V-8 powerplant from 1996 onward). 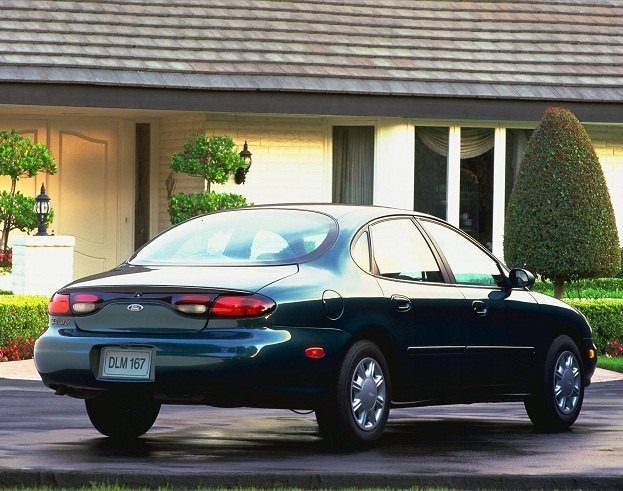 Becoming a real-life cultural icon, the Ford Taurus made two popular appearances on movie screens in the late 1980s. Achieving acceptance as the future of American automobiles, the Taurus was immortalized by a starring part in the 1987 sci-fi crime drama RoboCop. Within the futuristic city of Detroit, the Ford Taurus sedan was the front line vehicle for the corporately-outsourced police department. Serving well in all three of the RoboCop films (with also a 2nd generation model featured in the short-lived RoboCop TV series), few law enforcement organizations in reality gave up the bulkier Ford Crown Victoria sedan for a Ford Taurus.

In a more mild-mannered Hollywood role, a Ford Taurus wagon was the Griswold family vehicle through the 1989 holiday cult classic ‘National Lampoon’s Christmas Vacation’. Featuring a custom fake wood body masking (paying tribute to the Family Truckster of the first Vacation film), the Ford Taurus wagon proved remarkably resilient for the Griswold family surviving a road rage incident, a short period under a moving semi truck, a launch over a snow bank and finally a trek home hauling a monstrosity of a Christmas tree.

Going through a second-generation facelift in 1992, the Ford Taurus would undergo a much more radical 1995 model year redesign which saw the Ford product presented with a very rounded like. As opposed to the original 1986 design, the 1995 Taurus was met by a more lukewarm reception. A 2000 model refresh eased the extensive oval curves of the Ford Taurus. This look would carry the Taurus through another 6 years. Ending the Taurus’ run in 2006, Ford decided against renewing the Taurus name in favour of a Five Hundred nameplate for the replacement sedan. Part of a short-running initiative by Ford Motor Company to market Ford products using with a model name starting with ‘F’, many Ford fans felt a disconnect to the Five Hundred. One of those individuals was Alan Mulally, Ford’s current president and CEO. Appointed to the high-ranking position in the company late 2006, Mulally knew the Taurus name was a valuable moniker which deserves a place in the Ford lineup. As to the new president’s wishes, the Five Hundred name was replaced in 2008 by Taurus.

Given a new lease on life after a two-model year layoff, the Ford Taurus is basking in a dedicated redesign has allowed elements of the original Taurus identity to shine through once again. Fitted many 2011 Ford Taurus sedans equipped with a 3.5 liter V-6 good for 263 horsepower, the Taurus SHO trumpets 365 horsepower from a 3.5 liter twin-turbocharged EcoBoost V-6. Selling over 63,000 vehicles as Ford’s full-sized sedan up to November of 2010, these new cars add to the legacy created since the first 1986 Ford Taurus vehicles first sold 25 years prior. 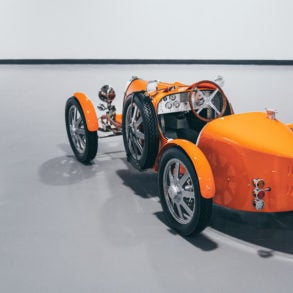