In 2008, Lamborghini made a big splash when it showed off the Estoque four-door coupe concept. The car was provided a good look at the Italian company’s potential entrance into the four-door coupe segment.

Other brands under the Volkswagen umbrella like Bentley and Bugatti are reportedly exploring entering the segment as well. Porsche already has a capable platform to underpin them in the form of the Panamera. With so many luxury and performance brands under one roof, the possibilities are endless.

Porsche is pursuing its growth strategy though new models like the Panamera and Cajun small SUV, much to the consternation of brand purists. Lamborghini, on the other hand, appears to be much more conservative, if its Chief Executive Officer’s comments are any indication. Lamborghini already has had an SUV with the LM002 and apparently it doesn’t want to go there again. Stefan Winklelmann, Lamborghini’s CEO tells Autocar that “We really have a choice when it comes to an additional model: an SUV or a four-seat, four-door,” Winkelmann said. “And for me, the SUV is a no-go. It doesn’t even exist in our price segment and it’s not a real luxury car.”

That seems to put the skids to recent rumors of a new Lamborghini SUV sharing platform architecture with the Audi Q5 and Porsche Cajun. He did say the idea was under consideration though, however. Around the internet the Evoque got a great response, and it appeared to resonate with Lamborghini’s customers as well. Winkelmann says he still gets e-mails urging the company to produce that car.

Additionally, he says it plays well in all markets, especially crucial emerging ones Winkelmann “Research tells us it will work in all markets — especially Asia and Russia, which will soon account for one-third of our total sales volume.”

We don’t know about you, but that sounds like all-but an official confirmation that the new car is coming. It makes sense – we think it is a good way for Lamborghini to expand without sacrificing its values. The Estoque, if produced, would go to head-to-head with the stunning Aston Martin Rapide. 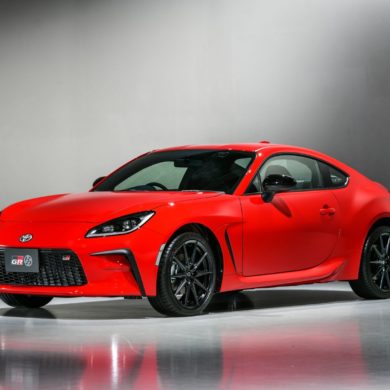