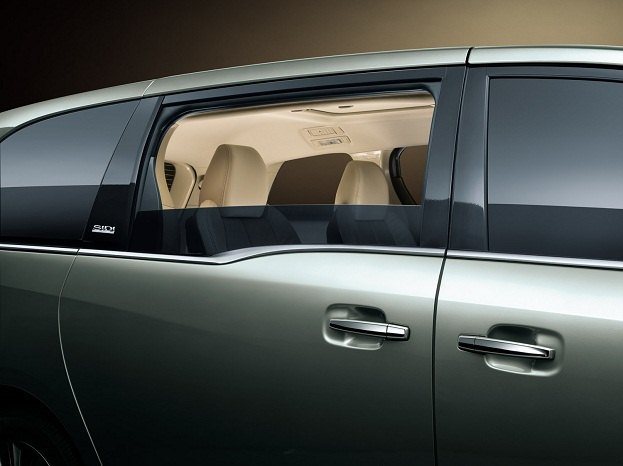 It is no secret that the highly-bullish Chinese automotive market is a place every automaker in the world wants to set a foothold. Having been a once-proud but recently stumbling General Motors brand, Buick’s popularly in China is similar to Toyota’s reach in North America. As GM found new life in the Buick brand, the auto giant has also realized through their Chinese subsidiary GM Shanghai the ability to popularly build vehicles which were called ‘a good vehicle’ at best. Abandoning minivans on the United States stage in 2007, the Buick division has marketed a premium version (the brand calls a Luxury MPV) successfully.

Through the work at GM Shanghai’s Pan Asia Technical Automotive Center (PATAC), the redesigned 2011 Buick GL8 composes a 2.4 liter Ecotec inline-4 and a direct-injected 3-liter V-6 mated to a 6-speed automatic transmission. Involving what General Motors calls 7 innovations and 27 features deemed “technological breakthroughs”, the 2011 GL8 is the resumption of a Chinese-exclusive premium minivan which has sold 330,000 vehicles since 1999. The new Buick GL8 is by no means a modest vehicle as the listed price for a Chinese buyer is slated for up to RMB 388,000 (the equivalent of over $58,000 American). Wearing new, mature sheetmetal, the 2011 Buick GL8 receives kudos as being a wonderfully well-crafted Luxury MPV. However, as the new Buick GL8 was unveiled, more than a few observers have noted the exterior design mimics aspects of another new minivan.

Citing the multi-level lower window sills along the vehicle, some have drawn comparison to the 2011 Honda Odyssey at a styling standpoint. This transition occurs beyond the B-pillar of both vehicles as a noticeable contour on both the GL8 and the Odyssey minivans. A difference between the minivans does present itself for where the transition exists. While the shift occurs behind the rear passenger doors on the 2011 Honda Odyssey, the GL8 incorporates the effect within the center of the door. Granted, minivan design is far from a stimulating exercise for automotive stylists but this could be a mere sampling of China’s ‘Car Clone Pandemic’.

Coupled by a flourishing auto industry and weak intellectual property guarding in the Asian country, many established automakers have found their product offerings blatantly copied by comparably upstart Chinese car companies. One of the most noted alleged offenders is the car builder Chery (a company’s who sports a name which treads closely to Chevrolet’s long-running colloquial name Chevy). The Chery QQ has been long argued a copy of the car American’s will soon know as the Chevrolet Spark. The similarities were backed up by General Motors as tests found body panels of both cars were alarmingly interchangeable.

Though the Buick GL8 is not a definite copy in the larger design scheme, maybe the most insulting factor is that the devotion GM Shanghai has placed into their Buick division is only now starting to transcend to North American Buicks.