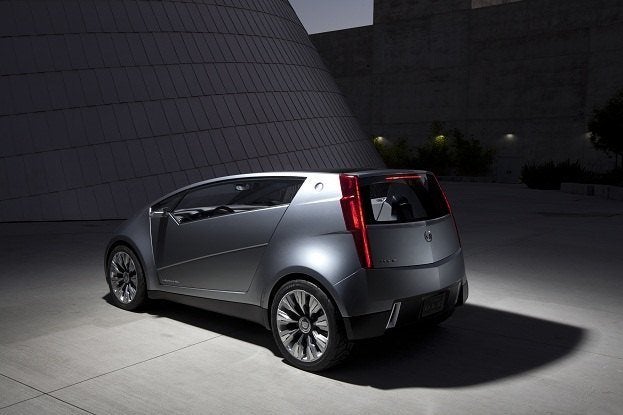 Over fifty years ago, the Cadillac badge was worn by some of the grandest land yachts. As the era of loads of chrome and tons of steel departed quite some time ago, it had been evident that the American luxury car brand Cadillac was extremely slow in adapting to a changing motoring climate. Foreign-derived luxury cars of BMW and Lexus demonstrated through the 1990s, the market’s standard of luxury is not justified with heavy cars.

The Cimarron and Catera were two poorly-executed vehicles as General Motors merely handed Cadillac some underpowered small cars. In those two attempts, the vehicles were based off already existing platforms and Cadillac failed terribly at hiding that fact. It wasn’t until 2002 that GM’s top luxury division finally achieved premium quality on a smaller vehicle. The Cadillac CTS proved that the division could at least build an exciting mid-sized luxury sedan and lessons seem to be paying dividends on the SRX crossover vehicle. Despite this success, the Escalade and DTS continues to weigh down the Cadillac division (figuratively as well as literally). At the Los Angeles Auto Show, a major contradiction to the Classic Cadillac image is showing American luxury and style in a concept car smaller than a Scion xD.

The Cadillac Utility Luxury Concept is a cutting edge design study investigating how an American-branded premium vehicle could be sculpted to accommodate the tightest city confines. Only 151 inches in length, this urban concept vehicle is 39.4 inches shorter than the Cadillac CTS. In prospective to previous Cadillac products, the Urban Luxury Concept can fit inside the wheelbase of a 1971 Cadillac Fleetwood Seventy Five limousine. Also 68.1 inches wide and 56.9 inches in height, it is worth noting in a historical standpoint the Utility Luxury Concept is actually not the smallest Cadillac ever conceived. Prior to 1909, Cadillac had built several chassis structures shorter than the 97.1 inch length of this late 2010 concept vehicle.

The super compact design of this Cadillac etches a great deal of cues found on the larger production vehicles belonging to the luxury division. A pair of sweeping roof A-pillars, the stacked headlights and the large grille are all Cadillac staples translating well on to the Utility Luxury Concept car. Certainly not a Cadillac design feature is the scissor doors conceived to assure better interior access with minimum obstructions. Completing the tightly concocted outer appearance, a set of 19 inch wheels enhances the side with a maximum presence of metallic surfaces.

Through well-proportioned packaging, four adults can sit inside the micro Cadillac. If individuals with claustrophobia are well weary of the small outer dimensions, a large front windshield and twin skylights radiate a healthy dose of natural illumination and a greater sense of space. A very efficient and non-obtrusive dash panel is part of a minimalist approach the designers explored inside of the Cadillac Utility Luxury Concept. Multi-touch switches, touch pads, an elegantly-crafted speedometer and a high-definition heads-up display are intuitive and accessible to the driver. When the rear seat is folded, a Orbit Baby SmartHub dock can also be found within reach. One of the smallest Cadillacs ever thought up by modern designers, the powerplant choice of this Utility Luxury Concept car rethinks the mechanicals of American luxury. Showing off a hybrid powertrain, a tiny turbocharged 1-liter, three-cylinder engine is the gasoline unit for the Cadillac Utility Luxury Concept. In what is defined as a gas/electric hybrid configuration, electric assist technology combines with a start/stop function which shuts off the gas engine off automatically at a stand-still. This unique Cadillac concept also incorporates regenerative braking and a dual-clutch transmission to optimize fuel economy. The Cadillac Utility Luxury Concept delivers surprising efficiency for a vehicles wearing the brand’s crest. According to the car’s designers, fuel mileage expectations is estimated at 56 miles per gallon city and 65 miles per gallon highway.

The Cadillac Utility Luxury Concept, inviting show car? Yes! Production reality? Not likely! As luxury car companies are confronted with the 21st century of automotive technology, we should be prepared to see some considerable changes to the mass of premium driving. Cadillac’s arch-rival Lincoln has already confirmed a B-segment compact car on the production horizon coinciding with several foreign luxury makers going small for big posturing.