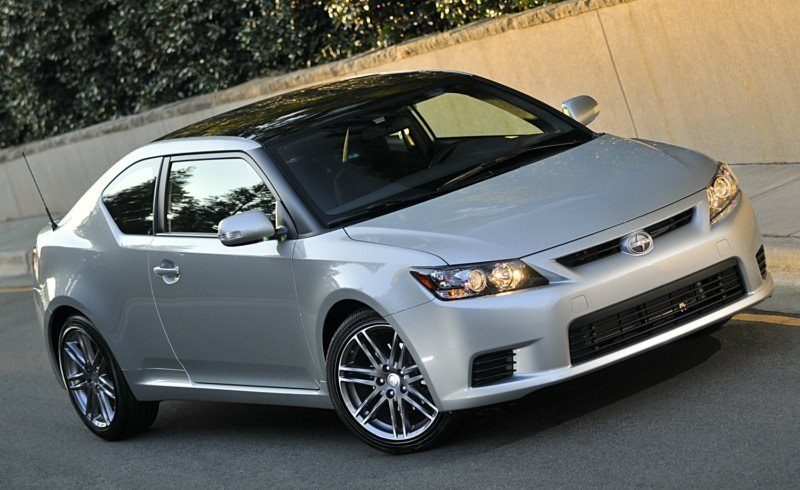 In the early 2000s, Toyota’s demographic was quite a bit older than industry average, and the Lexus brand only made their typical customer even more mature. In an attempt to capture a younger crowd, the Scion brand was launched in 2003. The xB came first, nothing but a funky box on wheels, then came the xA – a reincarnation of the Toyota Matrix 3-door hatchback. In 2004, Scion introduced the tC – a reliable, cool, 2-door sporty coupe that proved style and practicality could go hand in hand.

And the damn things sold like hotcakes. There are more than 310,000 tCs on the road today, which accounts for 41% of all Scions. That includes the newer xD and recently restyled xB. Who’s buying them? The youngest buyers in the industry, according to Scion. Their average customer is a 26 year-old male, 70% of which were new to the Toyota brand. Looks like creating the Scion brand was a home run move for Toyota.

But since its introduction in 2003, the tC sports coupe hasn’t changed at all, save for a few special editions here and there. And even though the traditional buyer for the sporty coupe was traditionally male, there’s been a gender shift over the seven-year lifespan of the car. Now, you’ll see significantly more dames in the tC’s driver seat.

Not wanting the tC to get labeled a “chick car,” Scion decided it’s time to change things. 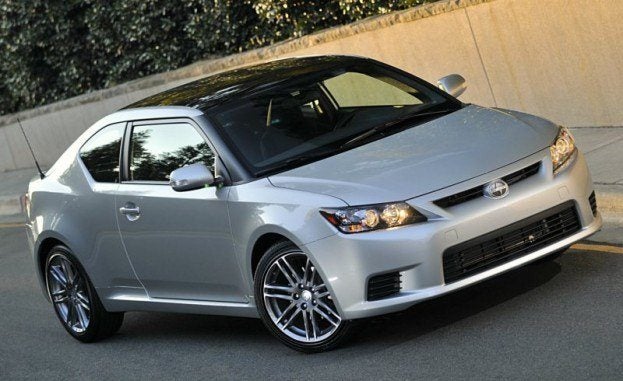 For 2011, the tC has been completely revamped. To prove they’re trying to get the dudes back, the 2011 tC’s press release is laden with words like “aggressive,” “bold,” “masculine,” and “robust.” Styling-wise, that’s definitely the case. With a noticeable resemblance to the god-awful Scion FUSE concept from a few years back, I don’t think the 2011 tC looks quite as good as the current model, but there’s no arguing that it has a more aggressive appearance.

Under the hood where it really counts, the new tC delivers what the old one lacked: power. The bigger 2.5-liter 4-cylinder engine’s output is up to 180 hp and 173 lb-ft of torque – up 19 and 11, respectively. While not a huge jump in numbers by any stretch, it’s a noticeable difference while driving. In the tC’s case, with more power comes better fuel economy. You’ll get 23 mpg in the city and 31 mpg on the highway regardless of your choice in transmissions – a six-speed manual or automatic. I drove the manual tranny and found it to be surprisingly smooth and easy to drive. Scion says 30% of tC buyers will choose the stick, let’s hope it’s more than that. If you do choose the manual, expect a 0-60 mph time of 7.6 seconds. Wimp out and choose the auto and you’ll only hit 60 from a stop in a leisurely 8.3 seconds. 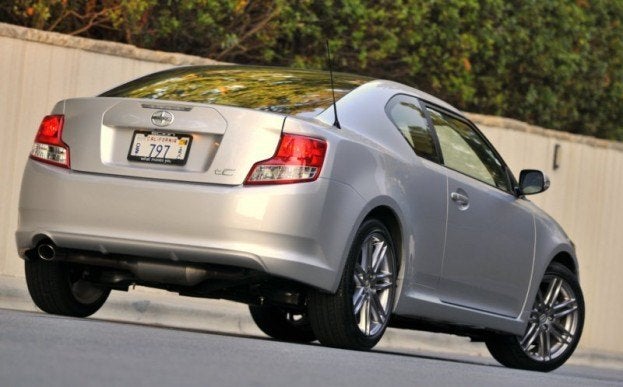 Aside from the bigger engine, the 2011 tC gets infused with more performance from a new sport-tuned suspension, wider track, standard 18-inch alloy wheels wrapped in wider tires, and bigger brakes. Tuners, of course, will have a crapload of aftermarket performance parts to choose from, including a big brake kit, short throw shifter, 19-inch wheels, sway bars, and a new exhaust system. Although I don’t believe any front-wheel-drive car can be called a real sports car, the tC has sporty intentions, and pulls it off quite well.

Inside, both driver and front passenger get 1-inch wider and more supportive seats for noticeably more room, tilt and telescoping steering wheel, new instruments and modern interior, a thicker flat-bottomed steering wheel, and of course, they kept the tC’s signature panoramic glass moonroof. Rear seat passengers get more legroom and the ability to recline their seats just a bit. Seeing as how this car is meant for a younger crowd, Scion also gave the car a standard 300-watt, 8-speaker high-end audio system with a USB port. To give you more choice, you can choose from three head units, including a touch-screen navigation system. Bluetooth, for some reason, is not standard. Parents: each new tC will also have Toyota’s Star Safety System. 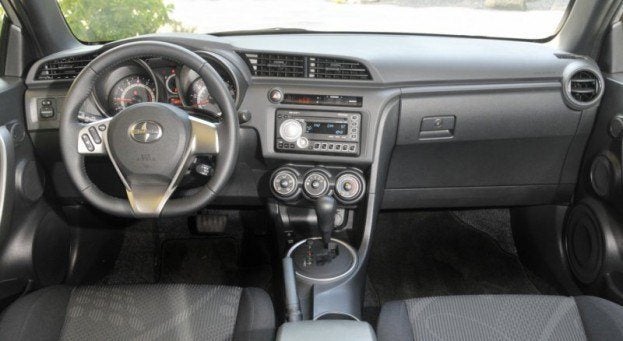 I’m not crazy about the new styling, but everything else about the second-generation tC is better. It’s faster, more economical, more spacious, more modern, and better to drive. The 2011 tC starts at $18,275 with a standard transmission and $19,275 for the slower automatic gearbox. 2011 tCs are at your local dealer now, so if you’re in the mood for a sporty four-seater coupe, the tC is a good choice. Make sure to check out the photo gallery below. 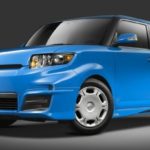 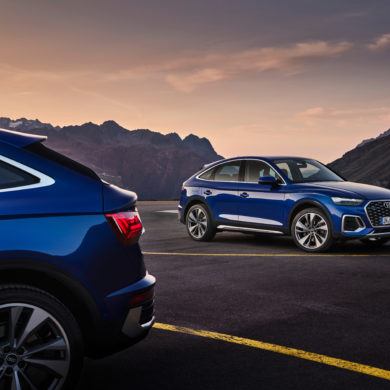