More than at any point since its founding in 2003, a lot has been going on at Tesla Motors. Many have said launching a new automaker just couldn’t be done, but it appears that Tesla is indeed doing it. Several significant milestones on the road to be a full-fledged player in the automotive industry have been achieved.

In June 2009, the Department of Energy granted the company $465 million in low interest loans. They will be used for development of the mid-size Model S and setup of the production plant to produce the car and its electric powertrain.

The company has received several high-profile investors over the past few years, such as partnerships with DaimlerChrysler, Toyota and battery-maker Panasonic. As part of the Toyota partnership, the Japanese automaker will take $50 million stake in Tesla and, in a $60 million deal, will work to develop a RAV4 electric vehicle.

Perhaps most crucial of all, the Toyota deal resulted in securing the NUMMI production plant in Fremont, California. The former General Motors-Toyota facility will be used for production of the Model S sedan. 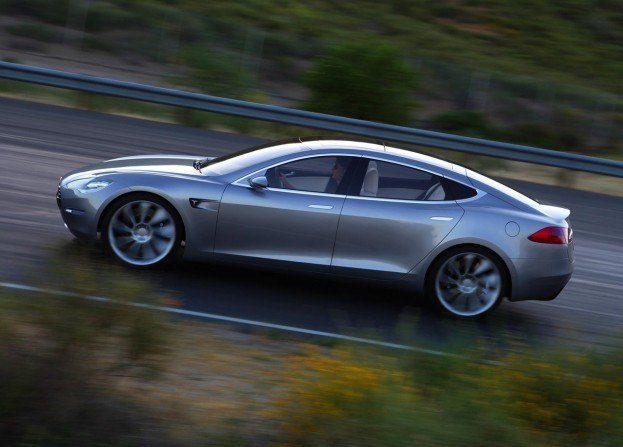 With these deals in place, Tesla undertook its Initial Public Offering (IPO) in June. The IPO was the first for an American automaker since Ford Motor Company’s in 1956. The offering raised $226 million for Tesla. Now the company has released its third quarter financials report, the first since the IPO.

At first glance the results look like another large Tesla loss, but look deeper and there are some important figures. Revenue is up strongly, up by 10 percent over the last quarter to $31.2 million, from $28.4 million in Q2. Despite growth in revenue however, there is still a recorded loss of $34.9 million, a lost of 38 cents per share. Analysts expected a larger loss of around 43 cents a share, which is fueling a rally in share prices today.

There has been substantial research and development costs in the quarter, which stand at $26.7 million, a substantial increase from $15.4 million in Q2. Development costs have gone up dramatically since Q3 of 2009, when just $1.3 million was spent on R&D.

These funds are being used to develop the Model S and Tesla looks in a good position in that regard, sitting on the substantial amount from the IPO as well as government loans and money from private investors.

Gross margins have increased from 22 to 30 percent and Roadster orders are up 15 percent, hitting their highest level in two years. It is likely that increased marketplace confidence in Tesla is helping, as solid partners continue to align themselves with the electric car maker.

For the fourth quarter, new store openings are planned in Tokyo and Milan. The company has also announced that 1,300 Roadsters are now driving in 31 countries, logging over seven million miles of driving as of October 31, 2010. Impressive!

We’re looking forward to seeing the doubters proved wrong. It appears that is happening as the volume model Model S is steadily making its way to production. Now only if they could just figure out how to make some money…..