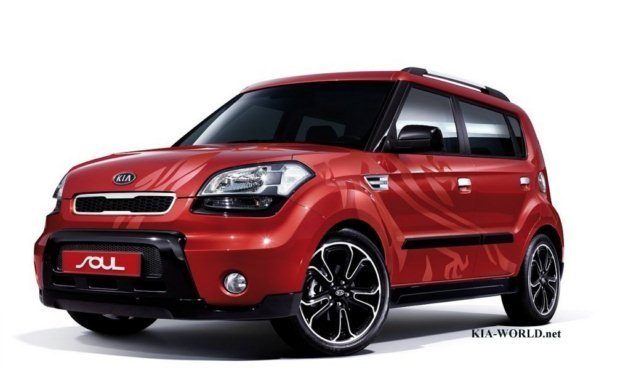 Kiplinger’s Personal Finance just named the Kia Soul as the “Best New Car for Your Teen.” Why? Mainly its “cool factor.” And who knows cool better than a personal finance magazine?

Is the Kia Soul cool? Yeah, I’ll give it that. It’s got that…unique styling. Some would call it funky, some would say fugly, but it’s unique nonetheless. The sound-sensitive neons surrounding the speakers…that’s a cool touch. The interior trim, depending on the trim level, can feature anything from sporty red and black cloth, to glowing “soul” logos all over the place. Plenty of customization options and special editions verify it’s meant for the youngsters, those who Scion has been marketing to for a few years now.

We drove two Kia Souls last year, and frankly we weren’t too impressed. The “sport” trim we had was equipped with a manual tranny, and while I normally (very much) prefer a manual over automatic, not so much in this case. The shifter was sloppy, and it was difficult to shift into 3rd. Might have just been that transmission. The KIa Soul Plus we got after that was an automatic and much more pleasant. Both however, lacked any sort of power and oomph. Hopefully they’ll at least offer an optional turbo soon.

Something else that adds to the cool factor? It’s cheap (starting at under $15,000,) keeps a high resale value, and has a low cost of insurance (probably another reason it’s underpowered.) Alright then, I’ll admit it’s a pretty good pick if you’re buying a car for your teenager.