Warm up Once More to Mercury: The Marauder

In June of 2010, Ford Motor Company brought resolution to the future of Mercury by announcing the brand’s discontinuation. As of the end of 2010, Mercury went the way of other long-running brands such as Pontiac in 2009 and Plymouth back in 2001.

As the mercury sets on the thermometers for many regions of North America continent, it is worth warming are automotive hearts to 6 of the most significant vehicles to bare the name of the Roman god of trade. For the first spotlight vehicle this standoff of Mercury, let’s be reacquainted to a briefly run but power name; the Marauder.

Turning back the clock to 1963, the Marauder name was first applied to Mercury’s version of the Ford Galaxie 500. Advertised on introduction as “A new breed of scat”, the 1963 ½ Mercury Marauder debuted content as a ferocious example of the brand’s upscale identity.

The a flashy performer, the Marauder’s top engine available was a 427-inch V-8 accounting for 425 horsepower and 480 pounds-feet of torque. Such a well-balanced power and weight combination, a Mercury Marauder was driven by Parnelli Jones to victory in the 1963 Pikes Peak Hill Climb.

Since the introduction of the first Mercury Marauder, this vehicle never became a long-running moniker. With the initial Marauder available until 1965, the nameplate did returned for another brief outing for 1969 as a more lavish two-door coupe. Weighing over 2-tons and never effectively standing as a performance car, this second-generation Mercury Marauder lasted another two years.

23 years later as Mercury suffered a decreasing profile, the Ford Motor Company-based brand exercised a last ditch attempt to improve their presence within an auto market where domestic and import competition was fierce. Summoning their brand history, Mercury revived the Marauder name once more in 2003.

Assembled as a large-scale sports sedan the Grand Marquis-based vehicle, exterior appearance improvements featured blacking out chrome trim, custom alloy wheels and unique headlamps. Returning for the first time since the 1950s, the original badge depicting the Roman god Mercury was worn on the Marauder. 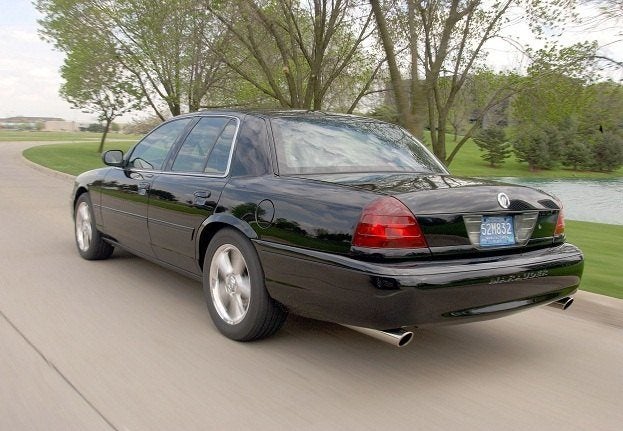 The Mercury Marauder also received a hefty performance enhancement courtesy of the Ford parts bin. Among the leading pieces of donated included a 4.6 liter Modular V8 engine made popular in the Ford Mustang. Producing a throaty 302 horsepower, the V-8 sound was piped through a dual exhaust system with far more dramatics than the Grand Marquis’ standard powerplant.

Lasting just two years, this full-sized sedan was unable to trumpet up initial appeal to the Marauder. The major impairment to the Mercury Marauder could have been the four-speed automatic transmission. Perhaps if the car would have been introduced 4-5 years later, a manually-shifting automatic would have made the Marauder a more satisfying sports sedans.

Calls to upgrade the 4.6 liter V-8 with a supercharger were also left unanswered by Mercury. In this latter case, aftermarket performance companies rose to the occasion. Reinhart Automotive belted a Vortech Supercharger onto the Marauder’s powerplant on route to over 450 horsepower.

Much like the first two renditions of the Mercury Marauder, the latest full-sized sedan fizzled out of the marketplace with only a little more than 11,000 built. A concept convertible Marauder was also brought to light at auto show appearances but Mercury had no intentions to build this boulevard cruiser.

Similar to Chevrolet’s brief reintroduction of the Impala SS name with the Caprice body in the mid-1990s, the 2003-2004 Marauders have become cherished vehicles defining the golden years of American motoring where big and brute equaled beautiful. 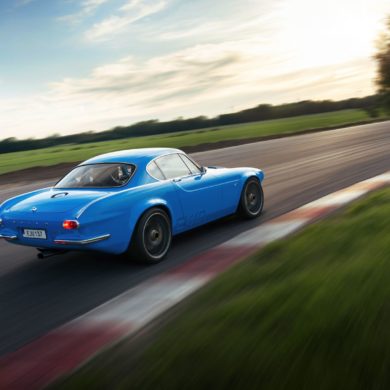