Though Spyker took affirmative control of the Swedish Saab division in July, the influence of General Motors (a period of 21 years which some longtime Saab purest would call a reign of terror) will still remain embedded into their model lineup. Though the new Saab 9-3 and 9-5 benefits from lessons learned by General Motors in refining build quality as well as improved technologies, this unfortunately allow the European premium car company grow its own identity.

Attempting to conduct brand engineering again on the Saab brand, General Motors has been trying to spin out a crossover vehicle prior to 2005. Originally planned as a Subaru clone of the Tribeca called the 9-6X, ties were severed between the two auto makers ending production hopes for the Saab variant. Taking 5 years, Saab finally receives their first crossover vehicle as the 9-4X prepares for its official launch as the 2010 Los Angeles Auto Show.

Just like the aborted attempt of the Tribeca-based Saab, the 9-4X makes use of the existing General Motors-affiliated parts bin. Built on the TE platform (also known as the Theta Premium Platform) currently used by the Cadillac SRX, Saab’s trademark grille plus distinctive clear lens headlamps make a vain attempt to conceal the derivate exterior design. Regrettably, this is no more obvious than at the side profile. Without mistaking the design traits, you can see the Cadillac SRX in the roof pillar positioning. A turbocharged and non-turbocharged powerplant for this new Scandinavian crossover vehicle continues to make use of already-existing components. Starting with the non-turbo 3-liter double overhead cam V-6, power production is rated at 265 horsepower 223 pounds-feet of torque. For optimized power potential, a 2.8 liter turbocharged V-6 provides 300 horsepower. The turbocharged engine will be found in the 9-4X Aero version. A 6-speed automatic transmission will handle power from both powerplants.

Saab’s XWD provides an exclusive piece of equipment mated to the TE Platform. An intelligent all-wheel drive system allowing up to 85% of available torque to be directed to a single rear wheel, the XWD system could be Saab’s claim to its own identity, at least mechanically.

Buyers of the Saab 9-4X will take interest in more European feel 5-passenger interior. Saab’s philosophy of the aviation-based cockpit places all the controls around the driver’s seating position. Green illuminated gauge needle and the traditional ignition starter within the center console area does flatter the Saab 9-4X especially. Cargo capabilities inside the 9-4X interior are also given special attention. A hidden floor cargo area, 60/40 split rear seats and an optional power tailgate will make this crossover ideal for the shopping sprees at IKEA.

Pricing has yet to be announced for the 2011 Saab 9-4X. Compared to the General Motors companions on the TE platform, a starting price in the early $30,000 range appears predictable. As a surprising contrast to the launch of many European-badged cars, the Saab 9-4X will be sold in the United States prior to across the Atlantic. For sale by May of 2011, European customers have to wait until the twilight of next year to buy the Swedish company’s crossover vehicle. 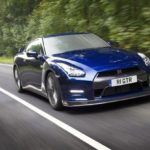