Looking into the future, the next generation of Lotus cars indicates The Esprit, Elite, and Elan all sported names of the British sports car company’s past. Resurrecting the Lotus brand with legendary names is certain to spark enthusiasts’ attention (as appears to have already happened through the mass Paris Motor Show). However, Lotus Cars’ renewed focus also includes recognizing the current exotic auto company. Among the future Lotus offerings expected through the next 5 years, the Elise name is shown after 2015 with a new lease on life.

The first all-new Lotus sports car marketed after the auto brand’s acquisition by their current corporate parent Proton, the Lotus Elise, made a statement that Lotus’s core values have not been lost. Built-in the tradition of Colin Chapman’s Lotus Seven, the Elise became a super-lightweight pleasure vessel making the most of a small four-cylinder engine. Out in Europe since 1996, the tiny sub-five second ride did not enchant North American soil until the 2005 model year when the NHTSA (National Highway and Traffic Safety Administration) made a temporary exemption for the Elise. Receiving a well-earned redesign after what will be 13 years without a major change, the 2015 Lotus Elise projects that the high-speed small car’s adventure is just starting. Weighing less than a current Chevrolet Aveo, the 2015 Lotus Elise gently taps the scale at 1,095 kilograms (approximately 2,409 pounds). Assembled with a continuous dedication to low-weight materials, Lotus’s smallest car embodies the new sports vehicle lineup’s most youthful look. Lotus has been said to have retained elements of the current Elise design. Apparently, those cues are flooded with a deeper inspiration from Lotus’ styling look forward. Besides enhancing performance and good taste, the 2015 Lotus Elise grace is also more considerate to drivers and passengers. Unlike the current version of this compact sports car, where cabin ingress for moderately-proportioned individuals is similar to trying on a tight pair of jeans, the upcoming Elise features a more accommodating set of doors allowing for an easier entry and exit.

More so with the 2015 Elise, modern Lotus styling touches inside capture an aggressive look. The Lotus Elise’s colorful, bright interior features the simple charm of a club racer is added to the aesthetics of a two-seat cabin. With the use of silver accents along the doors and around the center console, the appearance of tubular reinforcements commonly found in racing cars is created. The entry-level of the future Lotus lineup, power is less robust than the Esprit. Serviced by a mid-mounted two-liter, four-cylinder powerplant, nearly 316 horsepower, and the Elise’s lightweight construction promises not to provide an entry-level performance experience. Acceleration times for the future Elise will fall from the current variant. Depending on whether the 2015 Lotus Elise owners elect for the 6-speed manual or the 7-speed dual-clutch transmission, times are penciled to be about 4.3-4.5 seconds in a 0 to 62 miles per hour run. Top speeds just under 168 miles per hour rest at the upper-performance echelon of this small Lotus.

Unlike the next-generation Lotus sports cars, the Elise will not be equipped with an optional KERS (Kinetic Energy Recovery System). Still potentially classified as a hybrid sports car (through my a mild hybrid), the Lotus Elise will employ an available stop/start system that shuts down the engine during idling conditions. 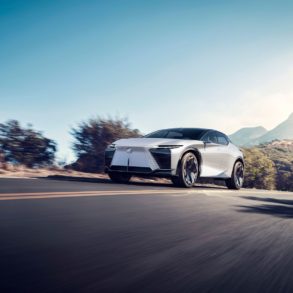