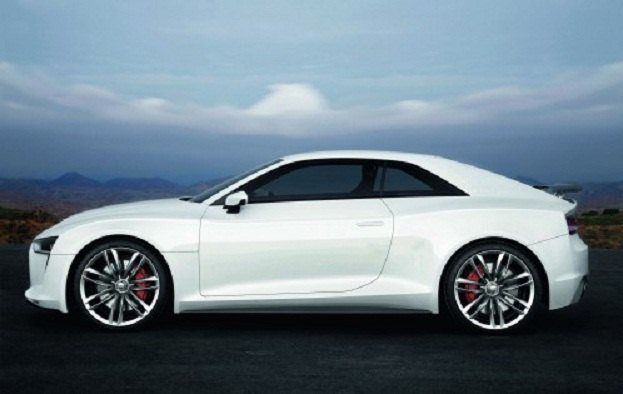 Back in 1980, Audi was a small luxury company needing to work hard to define itself against their German rivals. Conceived as the ultimate rally car of its day, the Audi Quattro (known also as the Ur-quattro) served as the vehicle the last surviving Auto Union brand’s choose to return the old four-ring badge to auto racing. Grabbing WRC (World Rally Championship) manufacturer titles in 1982 and 1984, the competition Audi Quattros accolades included the successes of French female rally car driver Michele Mouton. Driving a variant of the Audi Quattro, Mouton became the first woman not only to win a WRC event but a back-to-back winner of the Pikes Peak Hill Climb with the German-built fastback.

Through racing, Audi realized the novelty of all-wheel drive cars was their gateway to gaining an identity in becoming a higher volume premium car brand. Using the quattro name across their model lineup, the once-humble German auto brand is today the manufacturer of world beater vehicles. Paying tribute to the car that gave birth to Audi’s claim started 30 years ago, the quattro name and likeness returns in concept form. 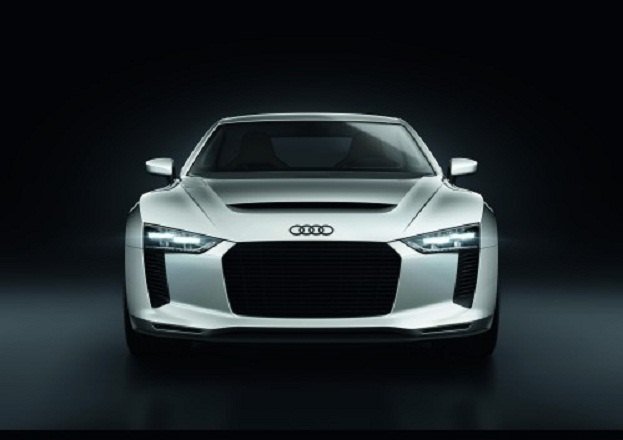 Also unlike the predecessor vehicle, the Audi quattro concept employs an use extensive usage of lightweight materials which in the 1980s which was nearly unheard of in such scope. Like many current Audis, aluminum shapes much of the quattro concept car. More unique to this show car, carbon fiber construction is used to create the rear hatch door and aerodynamic features such as the movable spoiler.

While the outer presentation of the Audi quattro concept is new, the mechanicals of this tribute car is a raid of the German brand’s parts bin. Built on a platform of the Audi RS 5, the wheelbase was significantly shortened by almost 6 inches while the roof height was dropped by 1.57 inches. Advancements over the RS 5 platform on the Audi quattro concept includes the addition of drilled carbon-fiber brake discs and an upgraded version of the all-wheel drive quattro drive. Fittingly finding the four-wheel drivetrain that made the original quattro famous, a superposition gear turns the wheels 10% faster than the drive shaft. The new technology found on the Audi quattro concept is said to adjust torque to through corners to prevent oversteer and understeer.

As the Audi RS 5 is a four-passenger vehicles, the decreased distance between the front and rear wheels shrinks the interior down to a two-seater cabin. Design touches inside the quattro concept are styled for a minimalist initial appearance. This is accomplished thanks to a 3-D visor-like control display giving the driver access to Audi’s MMI system. Through the MMI, the driver can chose to pilot the Audi quattro concept in either a everyday mode or racing mode harking back to the grand LCD instrument display. 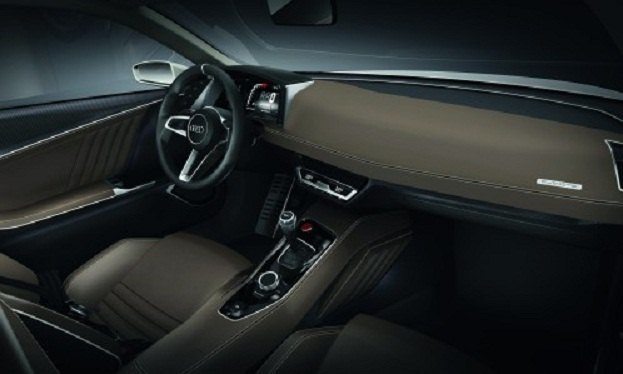 Using weight-saving components on the exterior of the Audi quattro concept, pound-shaving considerations was also directed to the interior. Filigree bucket seats weigh less than 40 pounds a piece for what Audi says is a 40% weight reduction. Three or four-point safety harnesses can be fitted to these racing-style seats.

Powering the redesigned quattro all-wheel drive system on this concept vehicle is a 2.5 liter turbocharged five-cylinder engine (a modernized interpretation of the 1980s Audi Quattro engine). Making use of Audi’s FSI direct injection, 408 horsepower and 354 pounds-feet of torque awake this show car. Thanks to the extremely powerful five-cylinder engine and lightweight construction,only 3.9 seconds is needed to send the Audi quattro from 0 to 62 miles per hour.

A concept car, Audi is not expected to make any announcement in the near term on production for this quattro two-door fastback. However, it is stated in the press release that “the know-how and technologies of the quattro concept body will characterize Audi’s entire production model portfolio in the future”