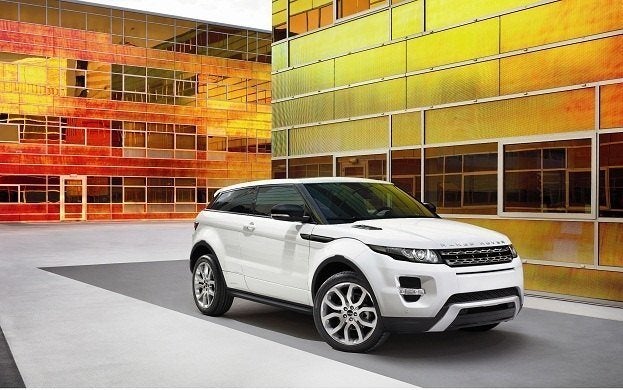 Gathering around a elegantly-accented platter of exotic delights with a glass of port being casually sipped, your social circle can now rejoice with the knowledge that the awaited 2012 Land Rover Evoque has answered the gossip. While the Land Rover Evoque concept vehicle made its debut in July, fine details and technical specifications have shown up fashionably later with more than two months passing.

Presenting the same blend of grace and sportiness in a utility vehicle, the Land Rover Evoque will be presented through one of the following three design themes: Pure, Prestige and Dynamic. Pure, as the name would suggest, shows the Evoque in its basic but beautiful form with a neutral-coloured interior accompanied with soft-touch materials and brushed aluminum trim. The Prestige version of the Land Rover Evoque captures more of a luxury look wrapping the interior surfaces with leather while the exterior is now accented by 19-inch sparkling metallic wheels. Mixing adding a generous amount of aggressive performance to premium accompaniments, the Dynamic package provides an array of exterior dress-ups including unique grille, bumpers and tailpipes as well as an option of a contrasting roof and spoiler colour scheme. Sports seats and bright hues in the Evoque’s cabin truly makes the upscale Evoque Dynamic an exciting ride. A panoramic glass roof is also available bringing the interior alive with sunlight.

As promised in the early news release, Land Rover has devoted itself to a high-efficiency powertrain when producing the Evoque. Opting for high-technology and compact design, Land Rover introduces their 2-liter inline-four. This Evoque engine is more than a liter smaller than the LR2’s powerplant while generating greater luxury muscle. Producing 240 brake horsepower, direct injection and turbocharging are used to coax much of that power in a similar fashion to Ford’s EcoBoost powerplant. While specific fuel economy numbers still unknown, Land Rover has a good chance seeing the Evoque becoming the first vehicle in the line-up to push beyond a 20 mile per gallon fuel consumption. 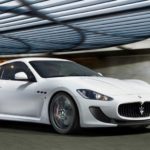 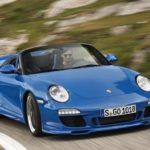