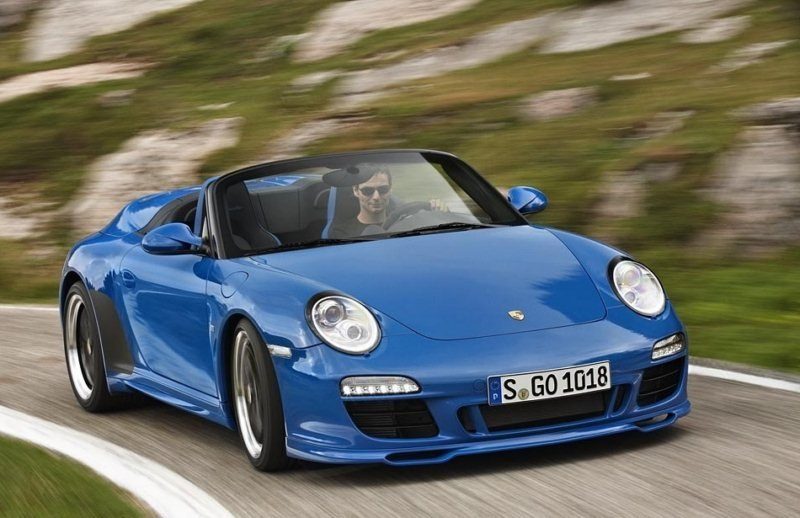 As if the Porsche 911 needed another variant, Porsche just unveiled a new special edition of the insanely popular sports car – the 911 Speedster. And in paying homage to the ol’ 1956 356 Speedster, they’re only selling 356 of them.

To give Porsche credit, the 911 Speedster is quite different than the other 911s, which just kind of…blend together. The new one is 60 mm (almost 2.4 inches) lower to the ground, 44 mm (1.7 inches) wider, and and features a more raked windshield for better aerodynamics and a more aggressive stance.

The 911 Speedster also features their 3.8-liter flat-six, which along with the new Carrera GTS, produces an impressive 408 horsepower – 23 more than the current 911 Carrera S. All that power gets transferred to the rear wheels through the seven-speed Porsche Doppelkuplingwillywonkahankenschnitzel (PDK) transmission.

So…does it fit the Porsche profile so far? Ugly as sin…check. Runs like a bat out of hell…check. Alright, keep on reading.

As you may suspect from any modern German car maker, the 911 Speedster is loaded with all the latest technology. Active Suspension System, Ceramic Composite Brakes, and an enhanced rollover protection system for the soft-top.

It even includes as standard, most of the stuff you’ll have to choose as an option on any other 911. The interior is covered black leather with special “checkered flag” patterns and body-colored bolsters. 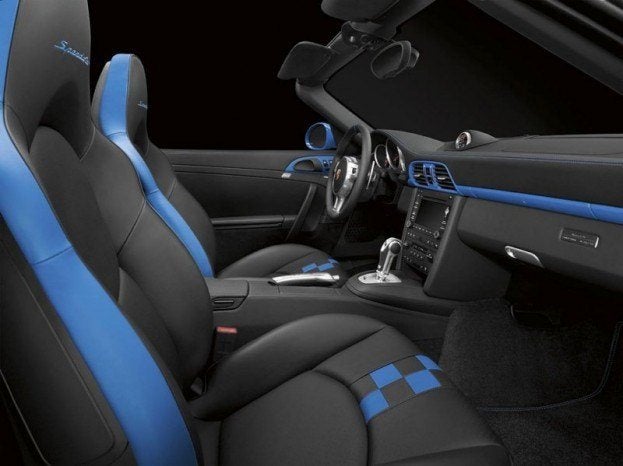 And speaking of body color, a new “Pure Blue” was created just for this car. Looks slightly different than the blues current available, so I suppose calling it a special color is OK. In addition to the new color, Porsche tinted the car’s front lights, gave it black rings around the headlights and windshield, and other black accents here and there to set it apart.

They say you can get it in Carrera White too, but I’d say blue is your best bet on this one.

Porsche is going to show off the new car at the 2010 Paris Motor Show coming up, and they haven’t released any pricing quite yet. Given it’s a special edition Porsche with only 356 made, I’d say it’s worth the investment if you have the cash.

Check out more images and a video of the 911 Speedster below: