Poor Saab has been through a lot over the past 20 years – and nothing could quite compare to the roller coaster it experienced leading up to and during the bankruptcy of General Motors.

It is clear the brand was mismanaged – we know that, and we also know the whole story of the unlikely purchase by Spyker. That deal united two quirky brands with an aircraft history in an attempt to do near the impossible – run an independent car company.

Saab is spending $150 million on a marketing campaign for the new 9-5, one that is ramping up right now. $150 million is a lot of cash, and it should help put Saab on the map after being off of it for so long. I want the 9-5 to succeed (and Saab as a brand) because there needs to be a success story that shows people still want to be different, that the mid-sized automobile company isn’t dead.

Yes, I know the 9-5 was developed under GM’s ownership. However, the new company is entirely responsible for the outcome – and the development of future products.

Industries often consolidate into two segments: exclusive and expensive or high-volume and low cost. Anywhere in the middle is often squeezed out.

Exclusivity is indeed a luxury. Why do you think the world’s wealthy spend hundreds of thousands, even millions, on coachbuilt vehicles? The entire coachbuilding model is predicated on being something different – whether taking a standard vehicle and making it into something special, or creating something new altogether. 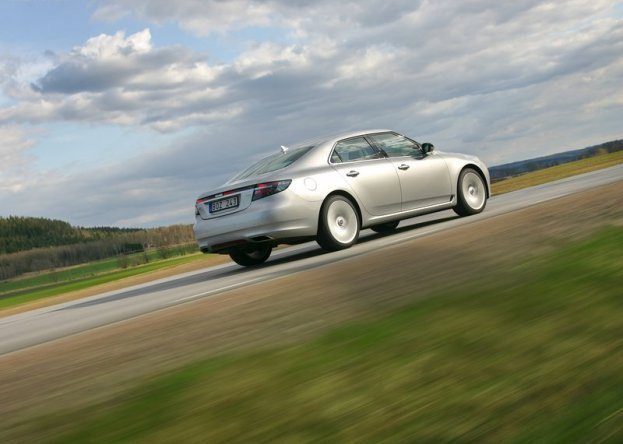 That’s a high volume of cars – those numbers have headed up over the years. Now, I like those brands just as much as the next guy. However, I’ve always admired being different from the crowd, the ones that stand out. That’s why independent companies in any industry that survive in a highly competitive marketplace have my respect. In the automotive sector, Saab has always been a brand for those who wanted to be a bit different.

The auto industry, like other industries, has consolidated to a large degree. GM is down to 4 brands, Ford has eliminated Mercury (not that they provided much difference from Ford in recent years) and smaller brands like Suzuki and Mitsubishi are struggling to survive. There was a time period of more diversity in the U.S auto market than now.

If Saab does well, it will be the only brand within reach of a normal customer to offer something different. Is Saab a poor mans car? Definitely not, but they have always had models in a price range attainable for middle and upper middle-class Americans, while offering something unique versus the mainstream.

The new Saab, owned by Spyker, says it only needs to sell around 120,000 cars globally per year to be profitable. With luxury brands crossing the million unit hurdle globally, that is a simply an amazing fact. For the United States, if we were to represent 25% of that total, that would be only 30,000 units per year spread across the Saab model lineup. That’s being pretty different to me.

After years of mistreatment, I really want Saab to succeed. They are the underdog, and a much loved brand by enthusiasts. Hopefully this can be a great comeback story – isn’t there 120,000 people out there in the world that will dare to be different?