Life is But a Car Lover’s Dream: 2010 Woodward Dream Cruise In a quiet Detroit suburb of Ferndale, Michigan, one gathering of historic wheels is assembled on the 21st of August. Called the Woodward Dream Cruise, the event’s surrounding the cruise has drawn 40,000 classic and collectible cars in recent years as well as the support of the so-called Detroit 3 automakers. Though rain fell throughout the 2010 edition of the Woodward Dream Cruise, the shower did nothing to wash away the passion and some automobile-loving attendees. While the actual cruise occurs on the Saturday, the entire weekend is devoted to creating colourful scenery.

Consisting of a 16 mile cruise down Woodward Drive, reflecting back on a day when cars could freely run the streets of America without the hateful sneers of environmentalist or under the government-appointed microscope. Classic, restored and street rods roared down the roadways representing full individuals and car clubs.

Like previous Woodward Dream Cruises, the major automakers set up extensive displays in close proximity to their past creations. With Ford, GM and Chrysler optimistic of a continuing existence in the modern automotive landscape, the 2010 show was perhaps an ideal outdoor event to showcase their refreshed attitude to building cars. Making its first openly public appearance, Ford brought the 2012 Mustang Boss 302 and the Boss 302 Laguna Seca to a special Mustang Alley display on West 9 Mile Road. As part of the Ferndale Classic & Cruis’n Legends Vehicle Show, Ford Motor Company’s addition to the Dream Cruise party included new products like the Raptor SVT, a Ford Shelby GT500 as well as the Ford Fiesta to stand alongside some beloved Fords of yesteryear.

Further North up Woodward Drive, General Motors showed off the Chevrolet Corvette ZR-1, a GM Powertrain Engine display and another public showing of the Chevrolet Volt. Both the GM and Ford supported areas featured classic cars brought by their employees. For the Ford display, that included as many as 10 first generation Boss Mustangs.

Finally there was the Chrysler display featuring a cornucopia of Mopar muscle. Past representatives of Chrysler cars featured a 1970 Plymouth Cuda, a 1968 Dodge Coronet Convertible and a more contemporary Dodge Viper GTS from the 1998 model year. Current offerings such as the 2011 Jeep Grand Cherokee along with 4 different variations of the Dodge Challenger were present including a Dodge Targa Challenger. A longtime supporter of the event, Chrysler’s previous enthusiasm saw the creation of a special edition PT Cruiser called simply the Dream Cruiser. This year’s show had the Fiat 500 join the Chrysler display of cars consisting of a European spec model featured alongside a 1970 Fiat 500 version. Unlike the Pebble Beach Concours d’Elegance set on the previous weekend on the other half of the United States, the show is free event to the public as well as to the classic car entrants. Also unlike the Pebble Beach show where the wine and champagne flowed into the glasses of rather adult guests, the Woodward Dream Cruise is a fully-devoted event for families. Besides providing eye candy of stylish sheetmetal, there were plenty of activities to entertain including a photo trailer at the GM display where you could have a picture with a favourite Team Chevy driver thanks to the use of a green screen. Children at heart are also treated to some delights beyond the car show scene. Many part vendors (including factory performance parts from the 3 automakers) and even a car auction area might provide opportunities for those not already involved in the event to be contributors in 2011. Mother Nature delivered a cruel blow with the 15th year of the Woodward Dream Cruise, a little water was not enough to hold back custom 1930s Fords, a commandingly long Chrysler Imperial, the grouping of Cobra sports cars or an antique fire truck. With at least 30,000 cars involved in this year’s Woodward Dream Cruise, the automotive festivity concluded as another recent tribute to the automobile as past and present form into a rich motoring future. 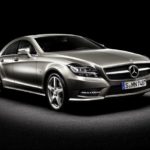