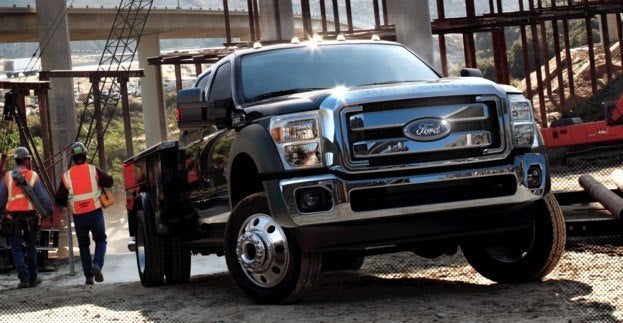 Through the past year, Ford Motor Company has been making a lot of the best moves within the automotive industry. Refining their line-up with a variety of vehicles destined to please the majority American Motorists, Ford has infused use of advanced technologies not many into the comfort and convenience of the cabin but into the drivetrain. Astonishing buyers with their engine developments made transparent through their EcoBoost class of gasoline engines, this gained expertise attributed to an all-new 6.7 liter Power Stroke diesel powerplant available on their Super Duty line of pick-up trucks.

The lead engine in the performance arsenal for the 2011 Ford Super Duty, the 6.7 liter Ford Power Stroke diesel deployed advance including graphite iron construction, a unique dual-sided turbocharger and B20 fuel (a 20% biodiesel mixture with conventionally-derived diesel). So dedicated to their new 2011 engine, Ford’s continued efforts in formulating their diesel powerplant a class-leading package would not end once the vehicle left the Kentucky Truck Plant. In an unprecedented move in the auto industry, Ford Motor Company will be contacting present owners of 6.7 liter Power Stroke diesel engined 2011 Ford Super Duty for a performance enhancement. 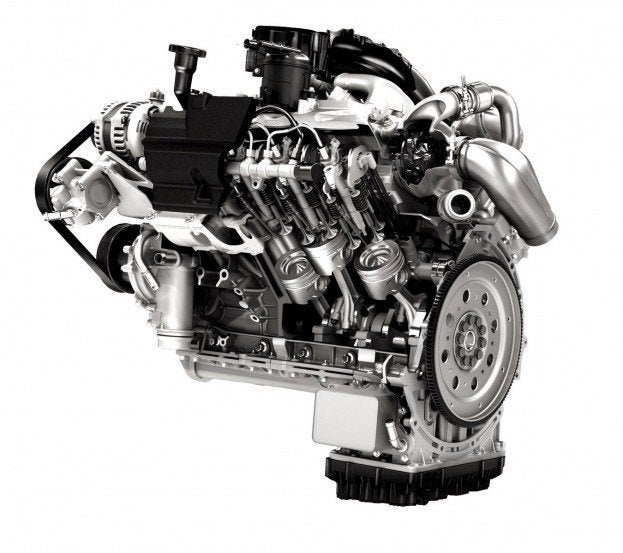 Showing a sign of changing times of automotive performance, the Ford 6.7 liter Power Stroke diesel is gained entirely through reprogramming the engine’s electronics. Long-exploited by racers and individuals within the sport tuner world, this might be the first factory-approved mod through software changes. Entailing only a 30 minute visit to a Ford service dealer, 2011 Ford Super Duty sold since its spring launch will receive a software tweak worth 10 horsepower and, most impressively 65 foot pounds of torque. The 6.7 liter Power Stroke diesel engine, after the software improvement, is understandably more robust and capable producing a most important 800 pounds feet of torque. With engine torque pivotal to a work truck, this Power Stroke diesel also enjoys 400 road-going horsepower.

This performance boost is clearly a direct reaction to the power of the 2011 Chevrolet/GMC HD pick-ups fitted with the Duramax diesel engine. Prior to Ford’s software upgrade, the rival General Motors trucks Duramax powerplant (producing 397 horsepower and 765 pounds feet of torque) would have edged out the Ford Super Duty’s new Power Stroke diesel on the performance sheet. Instead of allowing GM the honour of holding the ‘class-leading’ moniker for the 2011 model year, Ford’s radical step of availing power above the initial specifications has given their 6.7 liter Power Stoke diesel Super Duty top billing against this latest rival between the two auto companies.

A surprising move, Ford Motor Company is not the first car company to furnish non-safety improvements for existing vehicles. In the recent unveiling of refresh Tesla Roadster 2.5 edition, the California-based builder of the electric sports car provided an interesting proposition of a factory-approved upgrade. At an additional cost, body panels and interior parts of the Roadster 2.5 can be applied to previous generation Tesla sports cars.

With the first 2011 Ford Super Duty trucks undergoing their reprogramming by the end of August, car owners in general may see this after-factory modification as perhaps a new era approaching in the automobile. Could it be possible we’ll soon be receiving regular software updates from car manufacturers as they can constantly fine-tune our vehicles?