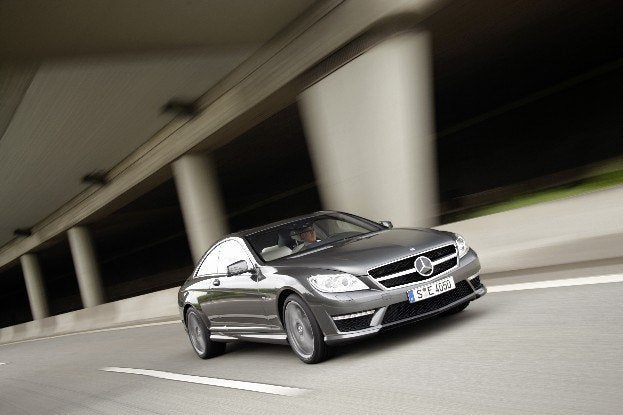 When ever we’re introduced to Mercedes-Benz’s newest product, are first reaction is often that of awe for how German design and engineering merges into an automotive form. Our second reaction is a measure of anticipation waiting for the AMG version. Even in the case of the refreshed 2011 Mercedes-Benz CL-Class revealed one a month ago, eagerness have been setting in to see in what direction the AMG-fitted coupe.

Though many AMG conversions consist of an uncompromised attention to horsepower, response and handling, the 2011 Mercedes-Benz CL-Class would exemplify the fact that environmental consciousness is now more serious than ever. This emerging consideration is a notable reversal to a luxury car company perceived in North America with a less than stellar green record. Mercedes-Benz has been in non-compliance with CAFÉ regulations for many years. Rather than supply North American dealerships with smaller-engined versions of certain product (luxury vehicles that are likely to be a harder sell) the import automaker chose to pay a large cash penalty. For example, Mercedes-Benz paid a mammoth 28.9 million dollar fine. Arming their production lineup with BlueTEC diesels and a hybrid version to the S-Class, Daimler-Benz is going to lengths in 2010 to prevent paying future CAFÉ penalties. The vast extent of improvements on the 2011 Mercedes-Benz CL-Class was made to the powertrain for the pursuit of a 23 per cent fuel economy savings.

Still called the CL 63 AMG, changes to this car should really be classified as the CL 55 AMG. Removing the 6.2 liter V-8 and the 6 liter bi-turbo V-12 for the 2011 model year, the Mercedes-Benz performance house has dropped their all-new M157, 5.5 liter V-8 engine. Described as “…a prime example of efficiency and features…” the AMG engine lost displacement is heavily compensated through the deployment of gasoline direct injection along with a high pressure bi-turbo setup to enhance power output. Acquiring a maximum boost pressure of 14.5 psi (pounds per square inch) for the CL 63 AMG model, 544 horsepower drives the massive Mercedes-Benz coupe. A higher-performing Mercedes-Benz CL 65 AMG possesses 571 horsepower within the same 5.5 liter engine. The higher horsepower of the CL 65 AMG is accomplished through the AMG Performance package enhancing the turbocharger’s boost to 18.85 psi. While the 5.5 liter V-8 bi-turbo provides a more potent CL 63 AMG featuring 26 horsepower additional horsepower, Mercedes-Benz’s 2011 model year CL 65 AMG suffers a 32 horsepower deficit compared to the departing V-12 model. 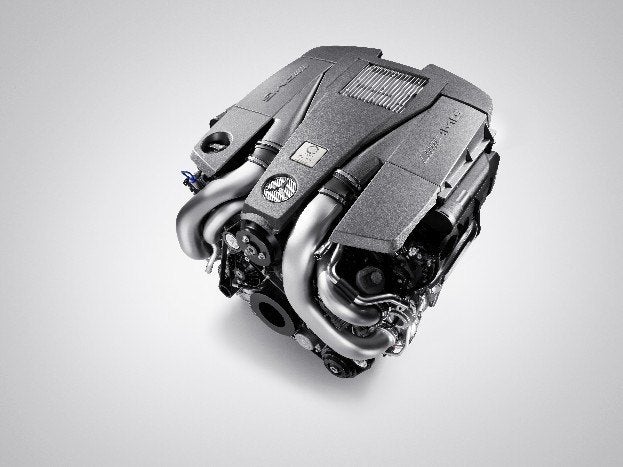 With horsepower development mixed, the all-new AMG powerplant posts indisputably strong numbers in fuel efficiency. Posting a 25% improved over the previous AMG 6.3 liter engine, the 5.5 liter V-8 potentially stands to run 18 miles per gallon of gasoline. Adding to heighten efficiency, the CL 63/65 AMG’s branded SPEEDSHIFT 7-speed transmission is rigged with a start/stop function which allows the engine to systematically turn off as the vehicle idles. This information reflects on the European version and it is not entirely clear if this feature will be finding its way stateside.

In touch with the 2011 Mercedes-Benz CL-Class, the aesthetics of the luxury coupe remains largely the same from the 2010 model year. One exterior feature the CL 63/65 AMG will add a new set of 19 inch AMG triple-spoke light-alloy wheels. These wheels are also better controlled on the 2011 CL 63/65 AMG as cornering is now handled with the assistance of Direct-Steer, Torque Vectoring Brake and crosswind stabilization.