Thoughts on a New Era of Lotus: New Models Coming to Paris

Lotus is a company loved by many car enthusiasts for its principal aim of lightweight performance. Over the last decade, that dedication to lightweight fun has been manifested in primarily one model – the Elise.

Through all the ups and downs of its history, Lotus’ recent success has come by going back to its roots. Who doesn’t love the Elise, at least as a fun-to-drive track car?

The brand is on an upward expansion though, aiming to go back into the exotic car territory it used to occupy with cars like the Esprit. Recently it declared “The dawn of a new era” and it is now set to reveal more of its plans at the upcoming Paris Auto Show.

Perhaps McLaren’s plans to enter the volume exotic car market stirred a British brand rivalry? Who knows – I think it has more to do with the profits involved. The Evora was the first recent model from the company to signal Lotus’ new intentions. 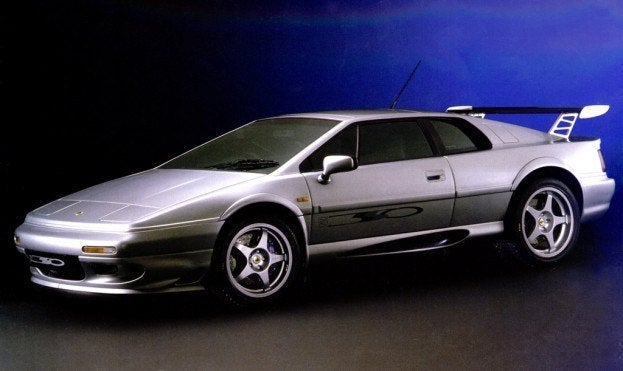 If that didn’t signal new intentions enough, last year Lotus CEO Dany Bahar, who joined the company from Ferrari, made things even clearer. Speaking to the Malaysian press, he commented that “Lotus was mentioned in the same sentence as Ferrari, Lamborghini and Maserati in the 1970s-1990s…..then, it got closed into a corner. We believe it’s the right time to bring Lotus back to where it was.”

Change starts with the Evora according to Auto Express. Like the original Elise, the Evora is a new (and larger) mid-engined platform designed to house other models. In the case of the Elise, it was the Exige and Europa. For the Evora, it is likely to include the Esprit supercar and another new roadster.

Perhaps most shockingly for Lotus, concepts for Paris is also said to include a front-engined GT. Front-engined, GT? Those aren’t terms usually equated with the name Lotus.

Auto Express says the new blitz is being kicked off with the company’s recent ultimatum to dealers, in which it terminated its entire European dealer network. Apparently, a dealer revamp is in the works – which is needed if the brand is to truly go upscale. The Auto Express report could just be conjecture – but at the very least it is highly likely that an Esprit supercar is coming. The company is said to be hiring ex-Aston Martin, Ferrari and Porsche employees. Is this the direction Lotus should be taking? Lotus was founded on the philosophy of lightweight and nimble vehicles. It strayed from that with the Esprit supercar, and then found some of its greatest success by going back to that with the Elise.

As for me, I’m not going to turn down the idea of another volume supercar manufacturer. Competition is good, and well-developed competitors to the traditional Ferrari and Lamborghini stalwarts isn’t a bad thing. McLaren looks to be providing stiff competition as well with the new MP4-12C.

The main thing for Lotus is forming a styling identity that will create a connection to the brand, and that will also work on a front-engined GT. The company’s philosophy of lightweight vehicle can – and must – still be maintained in a relative sense. The goal for Lotus should be to make vehicles that are a good deal lighter than their competitors.

I do caution one thing though – leave the Elise largely alone. Small, lightweight, 4-cylinder – it is a formula that has succeeded brilliantly.

Any way you cut it, things are about to get very interesting. I can’t wait for the inevitable comparison test between the Ferrari 458 Italia, Lamborghini Gallardo, McLaren MP4-12C and the reborn Lotus Esprit.