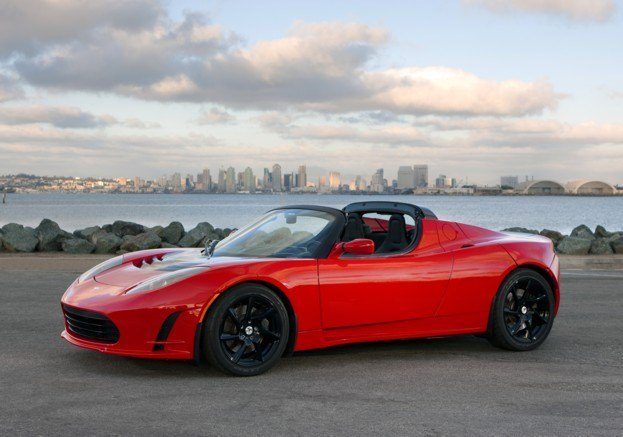 2010 is a busy year for the once obscure electric vehicle maker Tesla Motors. Taking over the former NUMMI factory through a partnership deal with Toyota and issuing their first stock market IPO over two weeks ago, the Palo Alto, California auto company has withstood the first barrage of eco-naysayers in the auto industry. Proving there is indeed a consumer appetite for electric vehicles, the Tesla Roadster has been the poster child for green vehicle coolness. Selling 1,200 Roadsters after 27 months available to the public, the elite supercar is on par with many of the exotic gasoline competition. For upcoming model year, Tesla Motors is adding a styling and equipment upgrade for the Roadster 2.5.

Working over the sports car exterior, the Tesla Roadster 2.5 has been remade to look more the part of a performance car adding forward air vents ahead of the front wheels and a rear diffuser. Leaving the smooth, cleaner body panels on early Tesla Roadsters which portrayed a more aerodynamically efficient look, this contour minimization had been typical electric car treatment (ie the GM EV-1 and the original Honda Insight). Another high-performance supercar touch added to the Roadster 2.5 is the directional forged wheels which could either come in black or silver.

With the 3-phase AC induction electric motor left unchanged, some of the hardware has been altered on the Tesla Roadster 2.5 model. Designed to deliver better driving performance in hotter climates, response is proposed to be livelier with the new car in all weather climates. 0-60 times remains a perky 3.7 seconds with Tesla quoting a 245 mile driving distance can be achieved between charges. 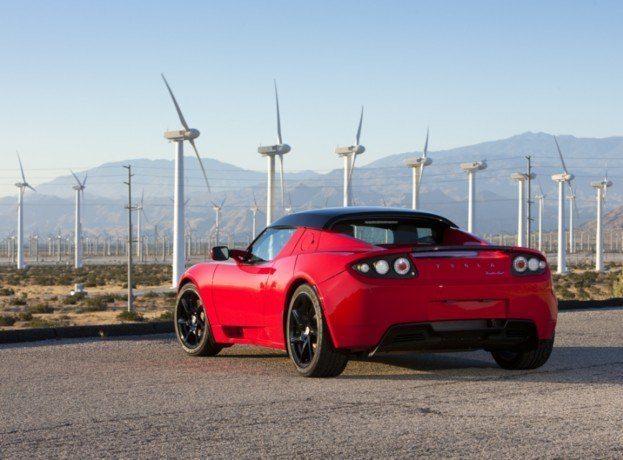 The rest of the Tesla Roadster 2.5 enhancements are catered to the improvement of occupant comfort. The interior of the new Tesla roadster has been reworked with several design changes meant to be eye-pleasing and comfortable. Reengineered front fender lining material couples with other noise deadening upgrades insures a quieter ride for an already silent-running electric sports car. Fitted with more supportive bucket seats equipped with lumbar support system to make the Tesla Roadster a constantly pleasureful ride. Speaking about pleasures, some electronic gadgets in the form of a touch-screen navigational system and a back-up camera are optional add-ons.

Besides selling the all-new Tesla Roadster 2.5 models on complete cars, the Silicon Valley-situated auto company has taken a cue from the computer world. Existing Tesla Roadster owners will be offered an opportunity to upgrade their vehicles to the current 2.5 version specifications.