If I can toot my own horn for a minute, I’m pretty damn good at racing games. If I’m not playing one for work (don’t laugh, it is work,) I’m playing one for fun, and I can beat most people in a multiplayer match. But Blur kicked my ass. Getting deeper into the game’s Career mode, even at Normal difficulty, things get tough.

But let’s start from the beginning. Blur is an action racing game from the folks over at Bizarre Creations – the same guys that brought you the excellent Project Gotham Racing series. It has over 50 real, licensed cars, real-world locations, and damn good graphics. The power-ups are what really make it fun – you get your choice of eight – ranging from nitro boosts to heat-seeking balls of energy, to shields (so you can take a breather.) The most fun is had when all the drivers are in the same vicinity – things get chaotic very quickly.

Check out this hilarious trailer for the game: 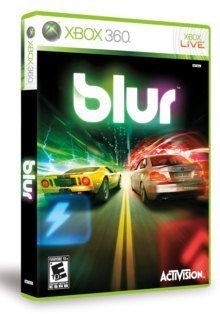 So the Bizarre guys might get offended at me comparing Blur to Mario Kart, but it’s a good way to get an idea of how the game works. It’s just way more intense and fast-paced.

Start off in single player mode and you begin a Career – moving from one track to the next, completing challenges, and winning new cars. The entire reward system is based on “Fans” – basically a point system. Fans don’t really mean anything other than the number – you get them by placing in the top 3, using powerups, and getting bonuses. Anyone familiar with PGR can relate them to Kudos. Get more fans, unlock more events, unlock more cars, advance through the stages. Each series requires you to complete a certain level of requirements before facing the final one-on-one race, and this is where it gets tough about half way into career mode. For example – one challenge is that I complete a Fan Run (racing through a series of gates within the track.) To get that, I have to also place within the top 3 in the same race. Doesn’t sound hard, but the AI in this game is fast.

Different game modes add to the excitement of both single and multiplayer modes. Combat racing, time trials, destruction mode, hardcore, and more. I tend to stick with the regular combat racing; it’s the most exciting. The menus are easy to navigate, and the “Previously on Blur” feature is cool. Another interesting feature is social networking, allowing you to share your progress on Facebook and Twitter. Not sure how useful that is, but it’s there if that’s your thing.

Once you get used to it and move through career mode, you’ll be spending most of your time playing multiplayer. Once of the nicer things about Blur is that it allows for local splitscreen – something way too many racing games nowadays are missing. Up to four people can play at the same time on the same console. It’s not perfect – the details on the screen during splitscreen are sometimes lost, which can be devastating to your car’s well-being, and you’ll find yourself squinting to see what sort of power-up that is up ahead. But being able to play local multiplayer is worth the sacrifice. Online play is where it’s at if you’re on the couch solo. Multiple game modes and extra abilities add to the chaos, add you progress through online play (unlocking more cars and abilities) just like single player career mode. Different “rooms” pit you up against other racers that are around the same skill level as you, so at least you don’t get destroyed too badly. 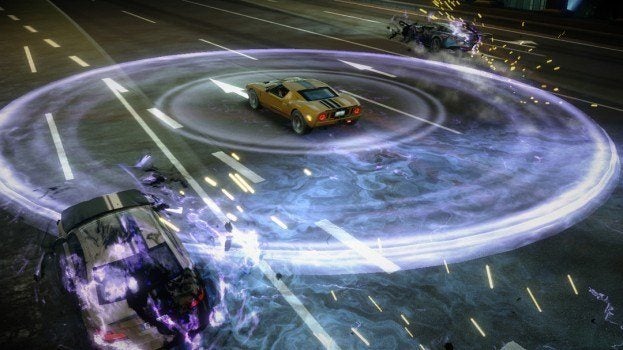 So what sucks about Blur? Well, it’s putting me in my place, first of all – I think I’m going to have to knock it down to Easy mode shortly, and I really don’t want to do that. Otherwise, one thing that really bothers me is that you can’t see the track until AFTER you choose your car. You see the track name, but you don’t see the layout right away. Unless you’ve memorized the tracks, it would be helpful to see that first, that way you can choose the right car. Car classification is also weird – a Renault Megane in the same class as a Koenigsegg? A Hummer H2 keeping up with a Camaro SS? I realize it’s not a simulation racer, so make sure you pick your car based on the in-game stats rather than what would actually win. The game can also get very frustrating – sometimes it seems like the whole pack is picking on you – one direct hit after another. More than a few times I’ve been in first place for a while then I get barraged. Suddenly I’m trailing in last place and can’t even come close to catching up. Finally, the “Hardcore” multiplayer game mode is misleading – it’s just racing without powerups. Turns out it’s incredibly boring in this game.

What’s especially good about Blur? The graphics are top-notch – the Bizarre guys are really good at doing realistic effects. Gameplay is fast-paced and often chaotic. It’s a great game to pick up when a few friends are over thanks to the splitscreen mode, and there isn’t much of a learning curve beyond getting used to the weapon system. I love that they have real, licensed cars playable and not some cars the developers designed based on real cars. Especially as a car lover, it helps to bring an extra sense of realism to the game. The tracks are also very good, each serving its own purpose and giving a different level of difficulty. Each track needs a different type of car – you can’t run the same car on each one expecting it to perform the same. There are also plenty of modes and challenges and achieves to earn – completing everything will take some time, so there is a good amount of replay value despite the gameplay itself being relatively unchanged. 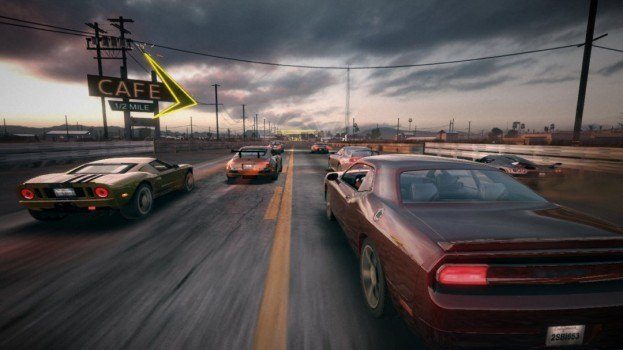 Overall, Blur is a helluva lot of fun – a fast-paced arcade-style racer with an excellent multiplayer mode. Hardcore racing game fanatics might not be all that impressed though, as there isn’t much depth involved with the gameplay. Regardless, it’s a fun game to pick up and play at any time, and a blast when someone else is there to play with you. If you’re itching for a new racing game, definitely check out Blur for Xbox 360, PS3, or PC. Head over to Amazon.com to pick up.

Check out all the screenshots below:

Disclaimer: I was sent a copy of this game by Activision for purposes of review on Xbox 360. 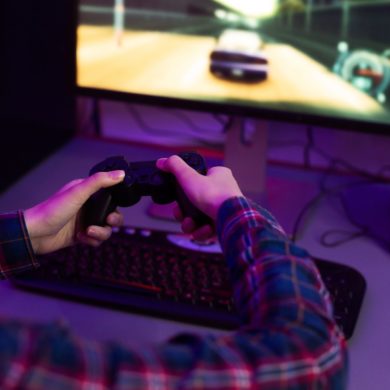