Most car companies have a secret group of engineers that can turn even the humblest grocery getter, into a fire-breathing monster. For example, Dodge has their SRT cars, and Ford has the Special Vehicles Team (SVT).

But for the most part, American factory tuners just bore out an existing engine block, and screw a supercharger to the top.
Crude, but effective.

Take for example, BMW’s M Sport. They take a simple 5-Series, and throw everything away but the doors. Then they shoe-horn a V10 under the hood, and stuff the rest of the car with a bunch of electronics from the Space Shuttle.

Considering BMW’s M Sport division has a bigger budget than most South American countries. It’s no surprise that the M5 is so good.

But, Jaguar doesn’t have a huge R&D budget.

In fact, their in-house tuning division consists of Geoff, Budley…and some tools that they lifted from Ford. However, what two guys and wrench can do at Jaguar, often rivals the best that Germany has to offer. (In the interest of fairness, Jaguar is now owned by Indian giant, Tata Motors. So, they do have a few rupee’s to throw at R&D.)

To celebrate the marque’s 75th birthday, Jaguar CEO Dr. Ralf Speth challenged the engineering department to come up with something special.

And boy, did they.

What they came up with is the XKR 75.
A truly epic rendition, of an already exciting car.

Geoff and Budley boosted the supercharged 5.0 V8 to 523 hp. An increase of 20 horsepower

Next, they tweaked XKR’s suspension by adding machined aluminum uprights, along with stiffer springs, front & rear.

The XKR 75 also gets a revised aero package. With its new front splitter, rear diffuser and larger rear spoiler, this cat creates some serious downforce in the curves. 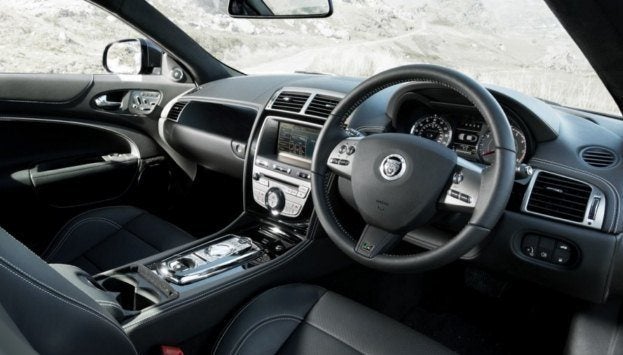 Thanks to Geoff and Budley’s efforts, the XKR 75 will sprint to 60 mph in only 4.4 seconds. Before the changes, it took…a rather longish 4.6 seconds to reach 60. Good job guys!

Besides the mechanical tweaks, the XKR 75 gets special Stratus Grey paint, grey-colored 20” wheels, red brake callipers, and the option of a (very Mopar) side stripe.
On the inside, this unique cat gets charcoal leather with ivory stitching, piano-black wood trim, and “XKR 75” door sills.

Only 75 XKR 75’s will be produced, and the car will only be available for order in the UK, Germany, France, Italy, Belgium and The Netherlands.

Too bad it’s not coming to America. 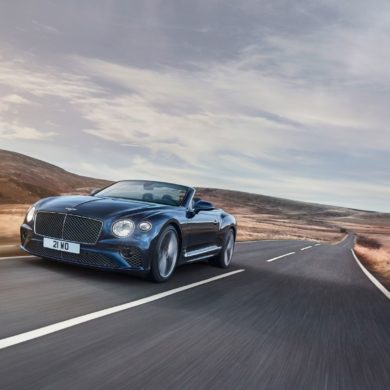