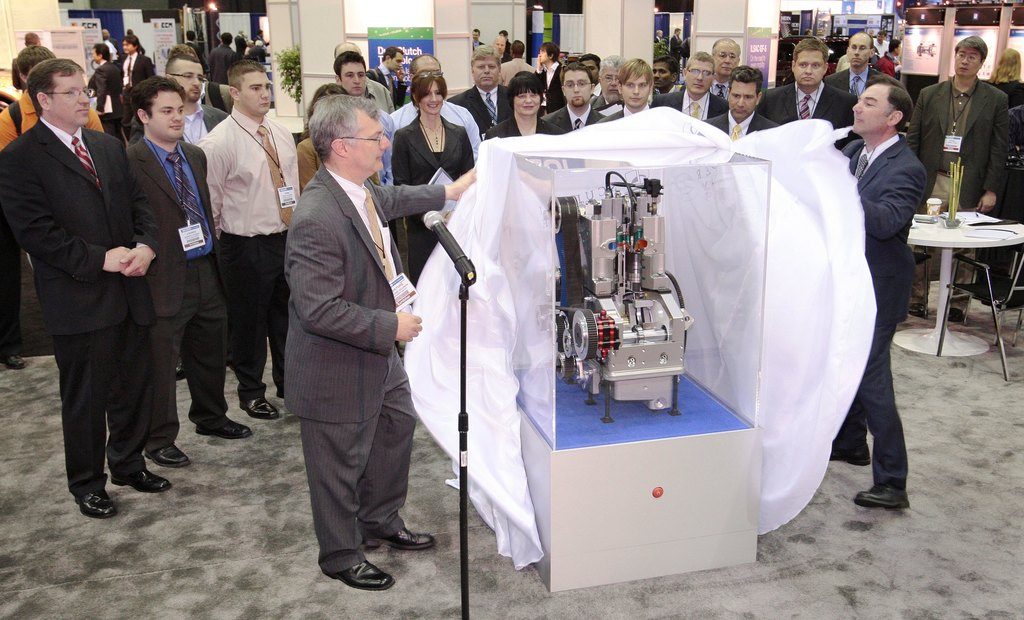 Seeing our current motoring reality, many would suggest that the modern automobile is failing to reflect our progressive use of technology. For about 90 years, the gasoline-powered internal combustion engine has remained predominant to driving, remaining to its basic four-stroke operating principles.

From the mind of late American inventor Carmelo Scuderi and currently being refined by Scuderi Engine, the Scuderi Split-Cycle engine explores a fresh approach to improve two imperatives; engine breathing and thermal distribution. Considering their engine as an air compressor, the Scuderi Split-Cycle setup’s most unique feature is the inclusion of a pathway between cylinder banks known as a crossover passage.

Utilizing the multi-cylinder engine configuration, valves for the crossover passage distributes remaining high-pressure combustion air from the compressed chamber to a cylinder within the power stroke. Not only does the passage promotes cooling within the combustion chambers, the Scuderi Split-Cycle engine’s principle of using residual air to improve the air/fuel atomization for more complete compression cycles.

For piston-driven engines, the compression ratio is the difference between the maximum and minimum volume available inside a combustion chamber. A typical ratio for an internal combustion gasoline engine utilizes a compression ratio of between 8:1 to 11:1. The reason why engines are set to this ratio is to properly time the compression timing while avoiding a process where fuel will ignite because of pressure called pre-ignition (more commonly known as knocking). The Scuderi Split-Cycle engine, on the other hand, uses the crossover passage to control pre-ignition so an extremely higher 75:1 ratio can be used on the air/fuel charge.

The goal to creating this new powerplant is to achieve greatly reduced exhaust emissions while producing ample power. Thanks to more complete burning of the air/fuel charge, nitrogen oxide (NOx) emissions are as low as one-fifth to that common for a comparable conventional automobile engine. The enhanced efficiency of the Scuderi Split-Cycle gasoline engine boasts the potential of diesel-like torque and greater power from a smaller displacement engine.

This new engine not only shows performance potential but performance consistency. Through a recent independent laboratory test, the Scuderi Split-Cycle engine design was measured at narrow 1.4% coefficient of variance (more than 1/3 closer than the best results of an internal combustion engine). 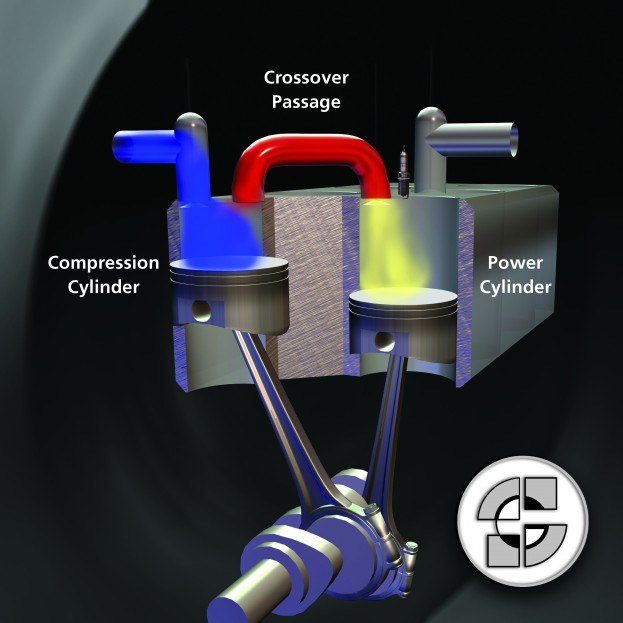 Beyond the crossover passages and the intense compression ratio, many aspects of the Scuderi Split-Cycle remains in common with typical internal combustion engines. Immersing itself in high-technology features present in current engines including variable valve timing and high-pressure gasoline direct injection, the Scuderi Split-Cycle engine design is also ideally-suited to the use of turbocharging which Scuderi Engine estimates could bring power production of 145 horsepower per liter.

In fact, Scuderi Engine is highly-touting the easy modification of their Split-Cycle engine design. Besides turbocharging, the Scuderi Split-Cycle engine also proposes an innovative new manner of forced-air induction. The Scuderi Air-Hybrid engine involves the installation of an air storage tank fitted between the cylinder crossover passage.

Running like a regular Scuderi engine under normal driving, the air storage tank opens through a Regenerative Braking Mode and Cruising Mode. When the air tank is full, the engine is sent into High-efficiency Mode which uses the stored engine air to drastically reduce the amount of fuel being used for a compression cylinder. Because of the high compression ratio capacity, the Scuderi Split-Cycle engine has also been proposed as the architecture of future diesel powerplants.

With nitrogen oxide (NOx) emissions from diesel engines under strict policing by the EPA, Scuderi Engine is confident that NOx can fall by 80% without even using the exhaust aftertreatment technology current diesel engines need to be emission compliant.

Rotary, Miller cycle and Atkinson cycle are names to some alternatives to the common four-cycle engine operation. Each showing promise, their use in the modern automotive landscape is limited. With resounding promise for powering ultra-efficient automobiles in the future, it seems like the Otto-cycle engine should brace for the high-pressure of Scuderi engines. 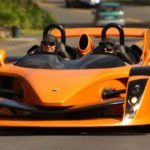