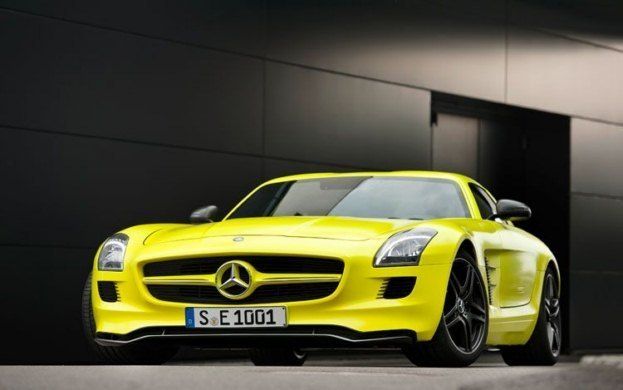 It’s long been said; “if you want to see the future of the automobile, just look at what Mercedes is doing”. Well, guess what? They’re evolving the car again!

When MB unleashed its gullwing supercar, the SLS, last year, they said that a battery powered, electric version of the SLS was also being developed. And, here it is…

It’s powered by 4 electric motors, which are mounted in pairs at each axle. Each motor has a redline of 12,000 rpm, and can produce a combined 526 hp and 649 ft/lb of torque. That’s slightly less than the gasoline powered SLS’ 563 hp. But, considerably more than the gasser’s 479 ft/lb of torque.

Powering the electric motors are lithium polymer batteries which are mounted in the (transmission) tunnel, and in a special compartment behind the cockpit. These batteries can produce 480 kw (643 hp). 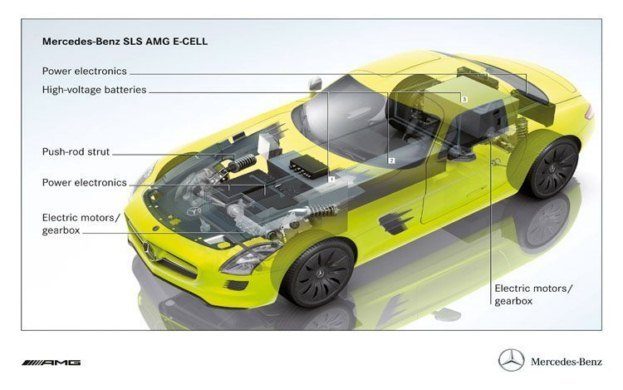 All of the batteries and electronics are temperature regulated, via two cooling circuits, which can heat, or cool the components as necessary.

Mounting the electric motors on the axles required a new suspension setup. The new arrangement is a multi-link design, with push-rod dampers. Also new on the E-Cell, is an extendable front splitter, and a re-shaped rear diffuser. Which create considerably more downforce on the SLS E-Cell, than on the gas powered model.

Inside, a 10-inch touchscreen can display the battery charge level, the power output, or navigation.

All of this science adds up to a battery-powered supercar that can reach 60mph in only 4 seconds. Plus it’s German, so you know it’ll wurk.

Reports say that the E-Cell is a drivable prototype, and it will go on sale in 2013.

Being green has never looked so cool (or in this case, Luminescent Mango). 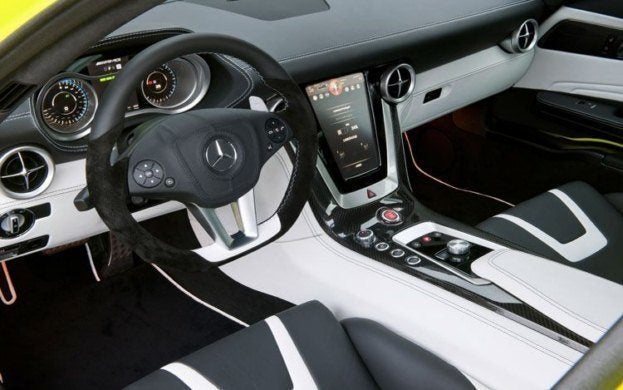 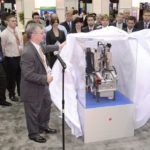 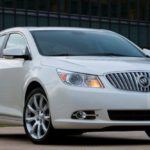