Raking awards with the retooled Golf, the German automotive giant Volkswagen attention is now focused on the redesign of their volume-leading Jetta. For the 2011 model year, the 31-year old nameplate will be worn on a bigger and more mature example of the German compact car.

With more than the North American market at stake, the 2011 Volkswagen Jetta returns embodied in handsome new sheetmetal. Described as echoing Volkswagen’s new ‘Design DNA’, it is a relief that styling cues of the attractive new Golf and the CC sport sedan. Extended by 3.5 inches, the 2011 Jetta’s longer overall length is slightly enhanced by shaving 0.3 inches off the previous Jetta’s height. While a smart, up-town look, the Jetta’s side surface features to mimic the fender bulges and contours of another German car. Can you notice some passing resemblance to the BMW 5 Series?

Abandoning the center-situated grille treatment which made VW look more like a washed-out Audi, the Jetta receives a sportier horizontally sweeping grille. A trait shown on with the Golf styling, the blacked-out grille treatment compliments the edgier clear-covered trapezoidal headlamps. 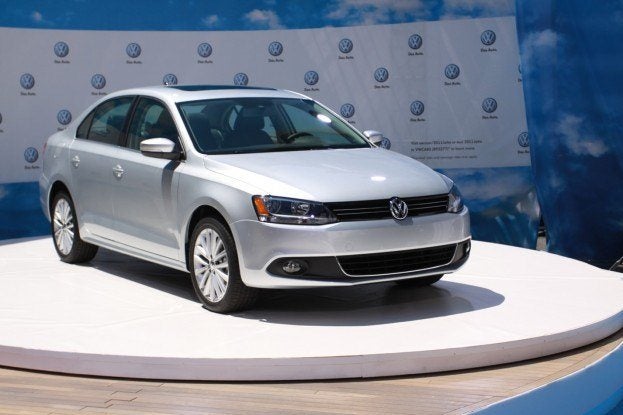 Incorporating the exterior dimension provides comfortable gains within the 2011 Volkswagen Jetta sedan’s cabin. Spacious five-passenger seating swells legroom by 2.6 inches over the outgoing model. Inside, the redesigned interior tightens the aspects of the previous mode’s cabin. Controls and instruments are said to be intuitive and well-arranged. Drivers of the 2011 Volkswagen Jetta will feel it the most as the steering wheel and the gear selector lever have been given particular attention.

Powerplants choices for the 2011 Volkswagen Jetta consists of a quartet of engines with three being gasoline-fueled and one being the envied TDI. Starting with the normally-aspirated 2-liter engine, a turbocharged version called the 2.0 TSI will also be available on the 2011 Jetta before upgrading to the largest of the gasoline engines, a 2.5-liter five-cylinder. Last, but definitely not least, is the 2011 Volkswagen Jetta’s 2-liter TDI Clean Diesel. All engines can be order with either a manual or automatic transmission with a dual-clutch 6-speed manual also available for the 2-liter gasoline engines.

The Jetta GLI trim model returns for 2011 after a one-year absence. It seems reasonable to believe that the GLI-equipped Jettas will be married to the 2.0 liter TSI engine along with the typical ornamental and functional sport enhancements. 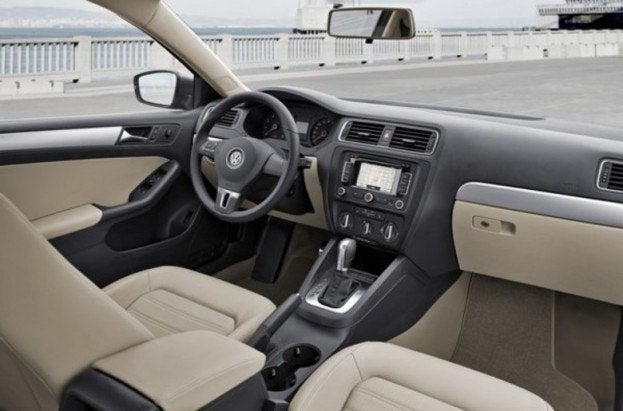 Though the outgoing model is regarded as a high-favourable compact sedan, the 2005-2010 Volkswagen Jetta endured a ride unlike the smooth stretches of the Autobahn. When introduced, the more sophisticated Jetta engineering drove the price tag away from the comfort zone of more frugal Volkswagen owner in some countries including Canada. To remedy this situation, Canadian Volkswagen dealers continued to sell the 4th generation Jetta under the definition of City Jetta. In 2008, the popular Volkswagen Jetta’s TDI engine was also a casualty of tightening state emission laws on some region. Thankfully, the 2009 Jetta TDI Clean Diesel brought the idolized fuel economy back to the North American fold.

With the 2011 Volkswagen Jetta proclaimed the one and only Jetta in North America when the new German sedan lands in October, pricing is said to run near $16,000 U.S. on the base end. Under-cutting their previous Jetta by almost two thousand dollars, Volkswagen appears competitive in introducing their European automotive flavour against the American Ford Focus and the Japanese Honda Accord.