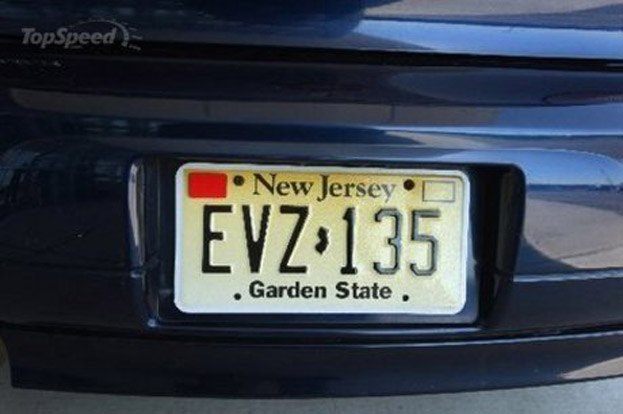 In a law that seems to be inspired by those moronic and self-centered “baby on board” stickers, the state of New Jersey (The Garden State!) as decided to implement a new law that requires drivers under the age of 21 to attach red stickers on their front and rear license plates. It’s called Kyleigh’s Law because a teenage driver, by the name of Kyleigh, was killed by another teenage driver while operating a motor vehicle.

The new law in New Jersey (The Garden State!) requires that a red sticker needs to be placed in the upper left hand corner of the license plate while the teenage driver is driving. Naturally, the red sticker of shame and infamy can be removed when an older, assumedly safer, person is driving. The red sticker can be transferred to another car that the untrustworthy teenage driver might be operating.

Attorney Gregg Trautmann said that the red sticker is equivalent to tagging teenagers with a scarlet letter for age discrimination and can make them a target for police and sex offenders. And Raymond Martinez, the guy in charge of the New Jersey Motor Vehicle Commission, called the law “one of the most significant steps forward in teen driver safety.”

Ray didn’t elaborate on just HOW this was going to make things “safer”, but I will give him an award for making a statement even more pandering and fear mongering than Trautmann’s.

Naturally, the red stickers of shame and infamy will not come free to the teens required to use them. They can be purchased at motor vehicle agencies and cost $4.00, with sales beginning in April of 2010. The new law will take effect on May 1, 2010.

So what happens if you take the sticker off, or it falls off or some such other scenario happens? That will cost you $100.00 if you get caught.