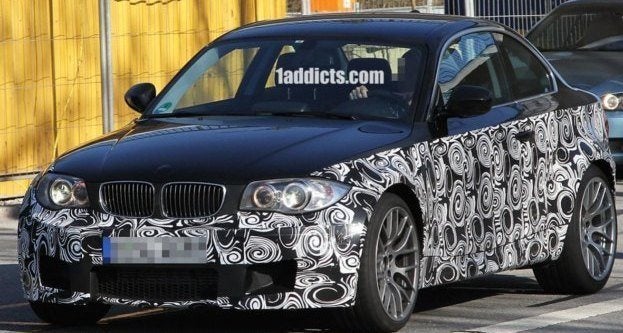 Ah yes, we’ve been waiting on this car for a while now, and we’re finally seeing some spy shots of it on the streets – the BMW M1 – a high-performance version of BMW’s 1-Series coupe. The current high-end 1-Series in the BMW line is the 135i – a surprisingly punchy little turbo 3.0-liter inline-6 producing 300 horsepower. Although nothing has been officially announced about the M1, rumor has it that it’s going to feature a twin-turbo version of the current 3.0-liter I6 (N55.)

A cabrio version will likely be announced at a later date, and sales in he US are expected to start mid-2011.

In addition to the more powerful engine, which is a given, you can expect wider fenders, a trunk spoiler, upgraded M wheels, and larger brakes, all of which you can see above. It will also have other cosmetic changes (never enough to make up for its puppy-dog face though,) performance enhancements and a personalization program. Expect to hear official word on the M1 by the end of the year. In the mean time, keep checking back because we’re bound to get more spy shots of the car driving around as it comes closer to production.

Check out more info and pictures at 1addicts.com 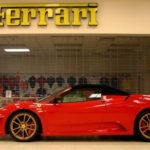