Another day, another Camaro variant. In addition to the Synergy Green Special Edition Camaro and (very cool) Transformers Camaro, we’ve been treated to an incredible number of third-party Camaro deviations. Now, Chevy just added one more to the list of limited edition models.

The 2010 Chevy Camaro Indy 500 Pace Car Replica Limited Edition you see above is based on the 2010 Camaro 2SS with RS appearance package, but with a few special additions. The base car comes with the excellent 6.2-liter V8 engine, although instead of 426 hp, it only produces 400 hp due to the wimpy automatic transmission that comes standard in this edition. That’s a dealbreaker! If you still want this special edition, you can expect the beautiful Inferno Orange paint finish with matching engine cover and front grill, white pearl decal rally stripes, 20-inch polished aluminum wheels, different floor mats, and the 2010 Indianapolis 500 logo decal on the doors, embroidered on driver and passenger headrests, and logo badges on front fenders.

The actual Camaro pace car is going to be driven by Robin Roberts, anchor of Good Morning America during the 2010 Indy 500. This isn’t the first time Chevy has offered a pace car replica; they did the same thing for the 1969, 1982 and 1993 Camaros. Up to 200 of these special editions will be produced, and will only be available from a list of chosen GM dealers, available here: Indy Camaro Dealer List (PDF file – Adobe Acrobat Reader needed) 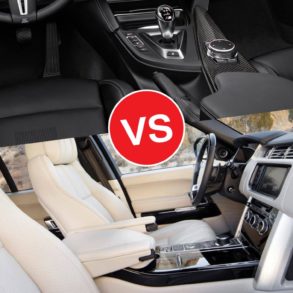 Light vs Dark Interior: Pros & Cons of Each, Plus Helpful Cleaning Tips