Ah, modern conveniences. In the last century, the greatest in terms of overall advancement, developments have emerged that have taken place as permanent fixtures in our lives. The automotive scene changed rapidly over the course of time- with too many to list.

Here is where you’d expect me to worry about the future of the automobile, railing against hybrids and the potential for a bad effect on performance vehicles from environmental legislation.

Nope (although there is plenty of that to go around.) How about “F1 style” paddle shifters, of which most Ferraris are now sold with? The automatic transmission is not a recent invention. It was first introduced in fully-automatic, mass-produced form over 70 years ago as the General Motors Hydra-Matic transmission.

So why here and now, 71 years later, is the manual becoming nearly extinct? Desire in the marketplace for automatics in mainstream vehicles isn’t a new thing – in the United States, automatic transmissions have consistently outsold manuals since the 1950s.

The reasons behind this are well understood – for daily driving in a sedan or, worse, an SUV – who wants a manual? Not this writer. In Europe, the balance of the situation is completely different – at the most recent count, around 80% of cars sold in Europe were sold with a manual transmission. The manual has been steadily removed from option lists on standard cars in our country.  In 2006, GFK Automotive said that just 15 percent of the buying public in the U.S was considering a manual. What is the problem though is the disappearance of it in performance vehicles, those at the high end of the industry.

It was announced recently that the Ferrari California Spyder will be the last Ferrari to be available with a traditional manual transmission. All Ferraris from here on out will only be available with a semi-auto F1-paddle shifter unit. Pretty shocking that Ferrari of all companies would be eliminating the standard manual. And what Ferrari does, other manufacturers are bound to follow.

Lamborghini’s director of research and development, Maurizio Reggiani, said to Car and Driver that the company will be eliminating them as well after only 5%  of Lamborghini buyers opt for a standard manual.

From an enthusiast standpoint, this is a worrisome thing. Paddle shifters on regular automatic units (which is different than the units used by Ferrari) just don’t cut it as a replacement. They offer a nice option if an automatic is a must, but they don’t replace the actual connection.

We all enjoy the benefits of modern automotive technology as much as anyone else, but there is something special about rowing your own gears. That treasured connection with the road – feeling the road as communicated through the seats, steering wheel and suspension – is slowly being eliminated, and with it, the joy of driving.

Not only is the option of a true manual transmission being taken away, most don’t even know how to use it (many driving schools now don’t offer any classes with manual vehicles, due to the lack of interest) – and therefore don’t know what they are missing out on.

My opinion is that it should at least be learned so emerging new drivers have the ability to experience it in a sports car. What about classics of the past that are manuals? Soon, will any but a select few be able to even drive them? We should all do our bit to preserve a bit of car culture, and the fun of driving.

Technology can’t artificially replace that direct link between the driver and the car. There’s a freedom in it and every sports car (vehicle with a pretense of sporting intentions) should offer one. Alright, I’m done. Back to checking mobile e-mail on the iPhone, microwaving that instant decaffeinated coffee and updating Twitter. 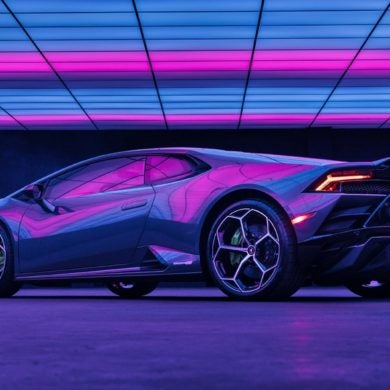