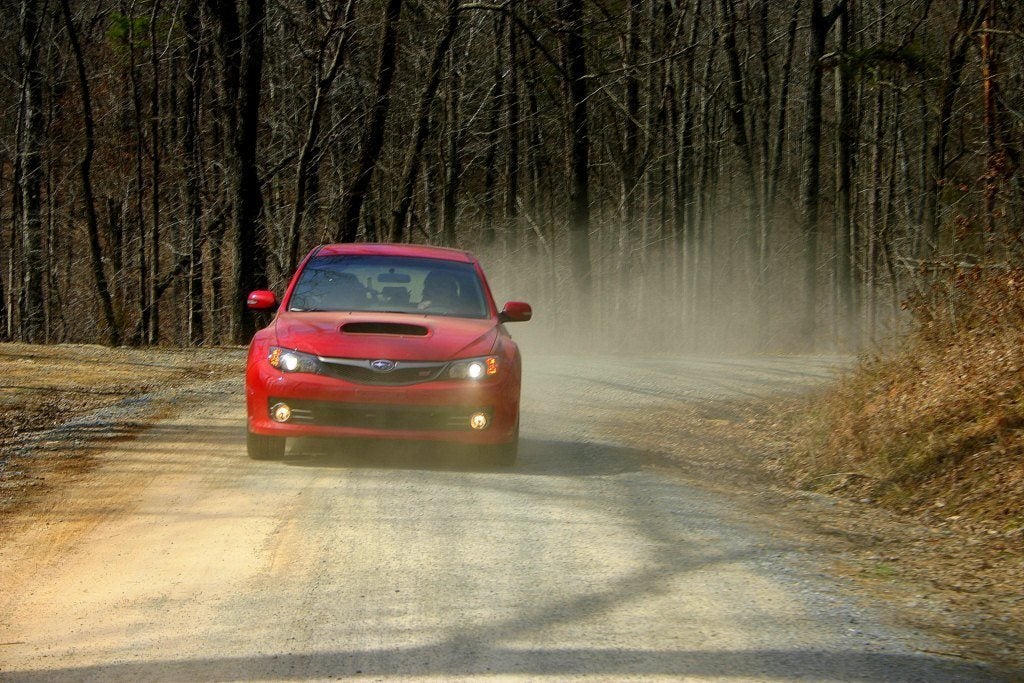 When friends and family ask me about what cars we have in to review each week, the response is always the same “that’s cool, how is it?” This week it was different. This week Subaru dropped off the 2010 Impreza WRX STI. When friends and family found out, the response was unanimous: “Please let me drive it!” And it’s no wonder. Ever since Subaru brought the WRX STI to the States in 2004, it’s been a legendary car for enthusiasts.

For 2008, Subi released their second generation Impreza, dropping the STI from the regular sedan lineup and giving it the sleek hatchback style only. The new generation isn’t quite as extreme, and is aimed at a wider audience. But don’t think it lost its flair – it’s still one helluva car.

After giving a couple friends a ride in the 2010 Subaru WRX STI their response after a full-throttle start was again unanimous: “Holy Shit!” Nobody expected that kind of scoot from this little hatchback; especially being a four-banger, turbocharged or not. What kind of scoot? The 305 horsepower turbo’d 2.5-liter boxer engine rockets from zero to 60 mph in only 4.5 seconds. That’s quicker than a Camaro SS, Audi TTS, and Porsche Cayman S! But the surprising part about the STi is its high-end pull; keep the pedal down and the car will continue to pull through sixth gear. Turbo lag is barely noticeable. Clutch travel in the STI is noteworthy; it’s heavy for some but has a linear and consistent travel that I think all clutches should have. What consistently impressed us, though, is its ability to switch between a hard-edged rally car and comfortable daily driver. Superb black leather and alcantara seats, leather steering wheel, and plenty of headroom and rear seat space keep driver and passengers comfortable, and fold-down rear seats give more than enough cargo room for most. Subaru’s SI-DRIVE – standard in all STI’s – allows you to change between Intelligent, Sport, and Sport # (sharp) modes. Intelligent is for your regular cruising, reducing power and throttle response for a more manageable drive. Sport quickens things up a bit, and Sport # mode is where we kept it. Power is increased, throttle response is quicker, and the car gets noticeably more fun to drive.

Taking the WRX STI around a windy road at high speed is driving heaven. The car is so planted and so confident on the road with its all-wheel-drive, that taking a turn way too fast doesn’t result in breaking any traction at all. It’s a joy to drive fast… really fast. 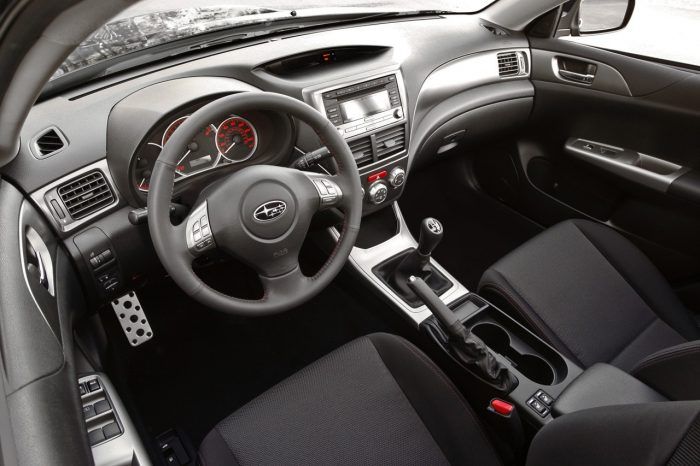 If I had only one complaint about the car, it would be that the short-throw gearbox makes it too easy to miss quick shifts. During…ahem…aggressive driving, I missed the 2-3 shift more than a couple times. I imagine it just takes getting used to, since few of the manual transmissions I drive have gates nearly this close together. Trying to think of anything else to complain about is difficult. Price is a bit high, but not unreasonable, and I never did figure out how to properly work the DCCD system.

Subaru…please give me this car for another week.

The 2010 Subaru Impreza WRX STI starts at $34,995. Certainly not cheap, but I wouldn’t say it’s overpriced given what’s included. Fuel economy comes in at a reasonable 17/23 mpg with premium fuel required. We averaged 22.1 mpg, which is impressive, given the way it was driven. A $2000 BBS package is available adding either silver or gold 18-inch BBS wheels – attractive for those who want the classic STi blue/gold theme. Add navigation and bluetooth for an extra $1800.

Is it worth the price? There’s no doubt in my mind that if you’ll use what it offers, it’s worth every penny. The Subaru Impreza WRX STI’s only true competitor is the Mitsubishi Lancer Evolution X, which matches up quite nicely with the STI. If it were me, I’d take the Subaru. Step down a notch to the regular Impreza WRX and now you have the MazdaSpeed 3, VW GTI, Chevy Cobalt SS, and Mitsubishi Lancer Ralliart biting at its heels. 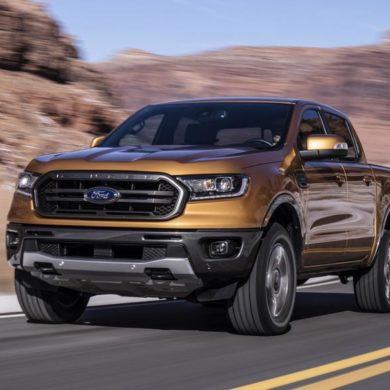