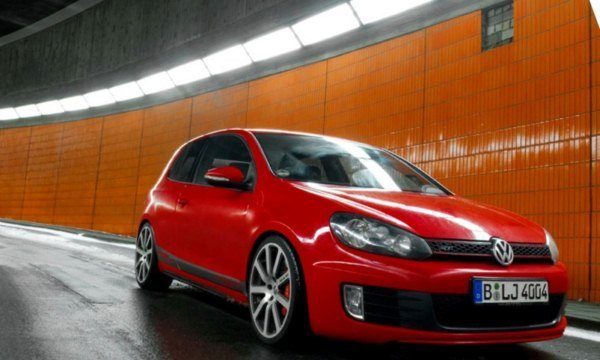 Oh sweet, not just a breathed on Golf GTI, but the German tuning house (haus?) MTM has had a go at the Golf GTD diesel as well. Before I dive into the specific coolness of all this, let me just say (for the umpteenth time) that we should really have the Golf GTD over here. We should have a whole host of cool, oil-burning options. And not just from VW, but BMW and Audi and Merc should bring in everything they’ve got as well. We need to start rallying and auto-Xing and racing these things. On bio-d while we’re at it.

MTM is a VW and Audi tuner that is based in Wettstetten Germany. And when they get done with the Golf GTI or GTD, they have a knack for making good better.

The MTM’ed GTI can be tuned in four stages. Starting with stage I which will garner you 270 hp (199 kW) via a tweaking of the ECU and can go all the way up stage IV which means 310 hp. MTM gets the GTI there through modifications of the ECU, adding an MTM turbocharger with exhaust manifold and a 4 pipe exhaust system. You also get 410 Nm of grunt, and it will turn out a top speed of about 270 km/h and get you to from 0 to 100 klicks in 5.7 seconds. Not bad for an economy car, huh? 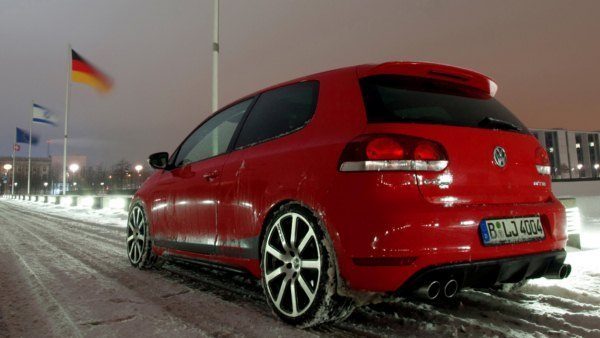 MTM also offers 19″ sport rims in new BIMOTO 9-spoke-design. The new wheels give you enough space for the MTM brake system featuring 380 mm discs. And of course MTM advises the in-house suspension kit, which lowers the front about 30 mm.

Now, about what MTM has done to the diesel Golf GTD. 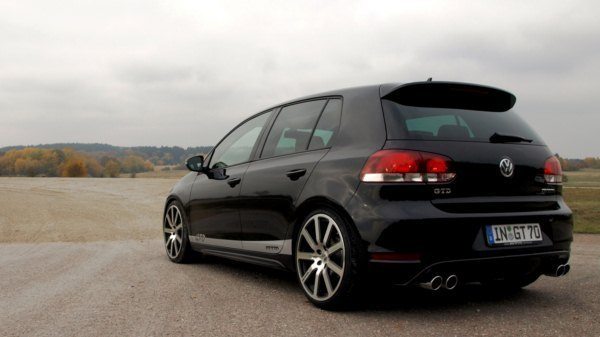 You can also get MTM’s full range of tuning products for the GTD as well. There’s the MTM 80 mm diameter exhaust system, MTM suspension bits, MTM sport rims in the BIMOTO design and the MTM brake system.

Sigh … now if we could just get the GTD over here. 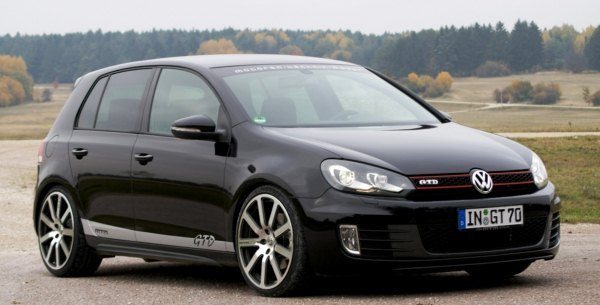 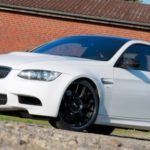 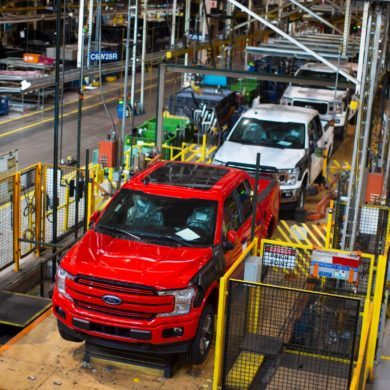