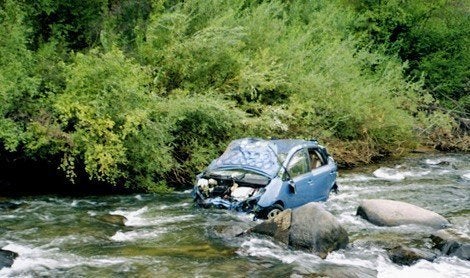 Uh-oh, looks like there’s a lawyer on the loose, and he’s dishing dirt on his former employer. Sure, that’s not all that unusual in this day and age, but it turns out that said lawyer used to work for Toyota (oops) and the dirt that she be dishing concerns Toyota’s corporate attitude towards safety (double-oops).

The Former Toyota lawyer, Dimitrios Biller (Really?! The lawyers name is Biller!? Are you guys making this up? You’re not? Okay, then. I won’t say anything ironic. Nope. Not me.) alleges that the embattled Japanese automaker hides safety problems, and accuses the company of ‘hypocrisy and deceit’. Oh Sweet Jesus.

Biller, who handled product liability suits while at Toyota, claims that when the auto manufacturer received poor results in a vehicle rollover test, it ordered a new test in order to receive better results. And he also said that the company also made a practice of concealing proof of safety problems, and did not disclose information it was obligated to produce during litigation. “They were hiding evidence, concealing evidence, destroying evidence, obstructing justice,” said Biller.

“In my view, absolutely,” was Biller’s response to ABC’s questions as to whether Toyota would lie to the federal government.

When he was preparing information to provide to plaintiffs that showed possible safety issues with Toyota vehicles, as required by law, Biller says his boss told him to remember the “golden rule.” When Biller asked what the golden rule was, he claims, his boss said, “Don’t screw the client.”

The former Toyota lawyer also stated that Toyota’s gas pedal was not the real cause of random acceleration incidents. “It’s the electronic throttle control,” he said. Biller based his opinion on information he’d learned while at Toyota, but could not disclose the evidence because “that would be privileged information.”

But then again, what we have at the moment, is the word of one former employee. There is not, to use the Nixonian phrase, no smoking gun. There’s no covertly taped conversations, photocopied documents laden with incriminating evidence or the like.

And there’s also the fact that Biller received a $3.9 million settlement when he left Toyota. At the time, he signed a non-disclosure agreement, which is what you would expect for someone in his position (shoot, I’ve worked for game companies that made me do the same). And there’s also the fact that Toyota sued him in 2008, alleging that he had violated said non-disclosure agreement.

Naturally, Biller filed his own suit a year later. Because around two years into his tenure Biller began experiencing “mental issues”, which he claimed were related to the stress of his internal battle with the company. “There was an onslaught of depression that I sustained while I was at Toyota,” he said, but added that he believes he is much improved since leaving.

This keeps getting weirder and weirder, and something tells me, this ain’t nowhere near over. 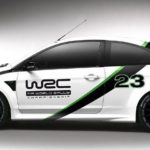