Even More Problems for Toyota

Just as things seemed like they couldn’t get any worse for Toyota, what with the runaway cars accelerating out of control, Toyota is experiencing more problems with the Prius’ regenerative braking system. The problem, which drivers describe as “an inconsistent feel during slow and steady application of brakes on rough or slick roads when the antilock brakes engage,” or the brakes failing completely, only momentarily.

Mike Omotoso, senior manager of global powertrain for J.D. Power & Associates, said the culprit is a software glitch in the computer that controls the brakes. The problem “occurs as the Prius switches between using its electric motor and internal combustion engine to power the car. Whichever motor is powering the car also runs the brakes, he said, but the brakes give out momentarily in the transition. It’s almost like a circuit interruption, because when you switch, there’s a short pause like a second or less,” he said. “The system should be reprogrammed where the braking power is applied for a split second longer on the motor that was powering the car.” 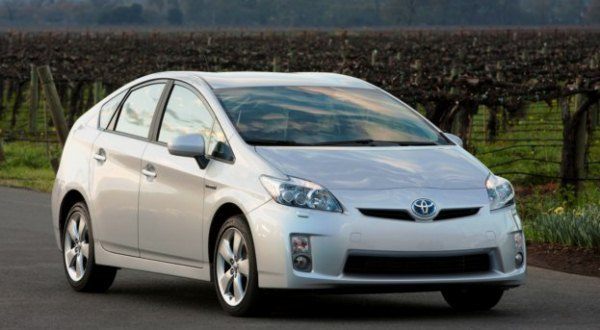 Some 270,000 Priuses were sold in the US and Japan since last year, and so far Toyota has received about 180 complaints from drivers, including reports of four accidents caused by the brakes. Not nearly as bad as the sticky accelerator pedal, but another problem during this already difficult period is like twisting the knife.

This is a huge deal for Toyota, and they are currently looking into whether or not the other Toyota hybrid models are also affected. The company said that between recalls and lost sales, the sticky accelerator and faulty brakes problems will cost them over $2 billion. Ouch.

How is this affecting consumer confidence in Toyota? Well, I just know I sure as hell wouldn’t buy a Toyota right now. They’ve spent so much time and money building Toyota into a dependable, trustworthy name in the US, and now this? Audi had a similar, although less mainstream problem back in the ’80s, which took them years to recover from. There’s no doubt Toyota will lose a lot of money over the next few months, possibly longer.