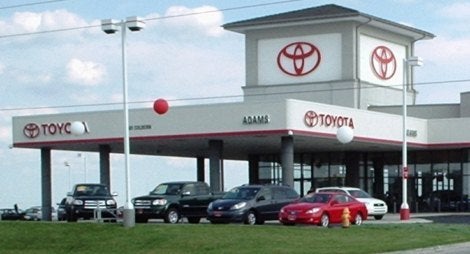 Earlier today in Manhattan, ABC News had a chance to hassle Toyota’s US President Jim Lentz into answering a few questions about Toyota’s sticky pedal issue that’s been all the drama lately. Although ABC News’ reporter was pushy, as reporters tend to be, Mr. Lentz seemed to dodge the questions best he could.

“How long have you known about this problem of the runaway cars, not just the sticky gas pedals?” asked ABC News. “It’s a lot of detail that goes into this,” said Lentz. “We’ve been upfront. We’re taking care of customers right now. What’s most important is that our customers know there is a fix. They’re going to be able to get their cars repaired this week.”

That didn’t answer the question of course, but at least the owners of the Killer Toyotas know their cars will be fixed this week. Just like removing the “faulty” floor mats worked, right Mr. Lentz?

It might seem like I’m being hard on Toyota, but c’mon; government documents show Toyota has known about the runaway cars since March 2007. That’s just unacceptable. Now that Toyota’s screwed the pooch, they’re in damage control mode, which could explain why Lentz didn’t want to say much about the issue without consulting his lawyers.