The Toyota Recall: Just How Bad Is It? OK, if you’re a gearhead, and haven’t been living in a snow cave at the polar cap for the last while, you know that Toyota, the world’s largest auto manufacturer, is recalling cars by the millions. Main man Chris covered the story here at Automoblog when it first started. Then it turned into a problem of huge proportions, not to mention a PR nightmare for Toyota.

So, where do we stand, at this moment in time?

To put it in layman’s terms, and to be brief about it, various Toyotas have been experiencing unintended acceleration problems. No, this is no joke. No, this is not due to drivers mashing the wrong pedal by mistake.

There has been some debate over the cause, but it’s boiled down to two things: Either a problem with the accelerator pedal, or the floor mats getting unstuck and jamming the throttle pedal open.

Toyota had this to say about the whole affair:

Toyota’s Statement On Associated Press Story
Our highest priority is to fix the accelerator pedal problems for our existing customers, and our pedal supplier is starting to ship newly designed pedals to dealers to meet the most immediate needs. One of the main reasons we are stopping production next week is to make more of the new pedals available to dealers right away. But at the same time, we are continuing to test effective pedal modifications for existing vehicles on the road that will be available to our customers quickly. We expect to announce a comprehensive remedy program for all affected customers and new vehicles soon.

Yeah, short and to the point, but you also have to hand it to Toyota for not trying to pass the buck and blaming it directly on third part floor mat suppliers. You will also note, in addition to the mass recall, the phrase “stopping production next week”. Ouch. That’s expensive.

The recall, which started here in North America has now spread to Europe and China, and is estimated to involve at least nine million cars and trucks. Yes, nine million.

Yes, this is a big deal:

“I am deeply sorry … Truly we think of our customers as a priority and we guarantee their safety,” said CEO Akio Toyoda. And referring to the near collapse of the company’s once strong reputation for safety and quality, Toyoda said, “I would like for the people to trust us.” according to ABC News.

That’s how big a deal it is.

When your company president and CEO shows up on international TV and says “Please trust us,” it’s a big deal.

And yeah, it’s also big because of not only the number of models effect, but of the models themselves:

Corolla, Avalon, Camry, Highlander, Tundra, Sequoia. Look those up on sales charts and see which ones are out of the top five. That’s right, none of them.

Toyota has a rather nice and helpful FAQ on their PR site to Answer your questions about the sticking accelerator pedal recall, and I’d highly recommend you go check that out, right now.

Of course, not all is going as well as Toyota would have liked, even at this stage. The aforementioned supplier, CTS is hopping mad.

So, if you have one of the Toyotas involved, call your dealer. 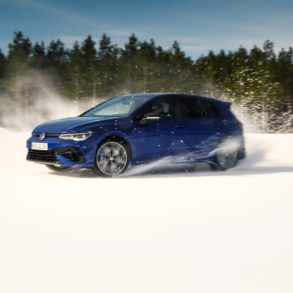