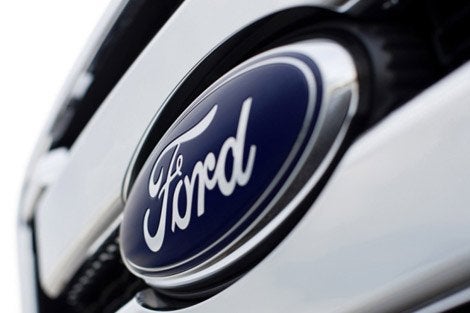 Yet more evidence that Ford Motor Company continues to go from strength to strength and seems to the American auto brand to beat. Yes, car sales have been almost unanimously down in 2009 compared to 2008, but Ford has justifiable reasons to brag about its December sales figures: They are up a third over December of ’08 and an even more impressive 50 percent over November. And if you look at the sales figures for Ford hybrids, that looks even better.

The sales figures of Ford’s hybrid lineup for December (that includes the Ford Fusion, Ford Escape, Mercury Milan and Mercury Mariner) totaled 2,843, which was up 147 percent versus a year ago. Hybrid sales totaled 33,502 in 2009, which was a new record, and were up 72 percent against a year ago.

And if you want to feel really good about Ford’s green cred, December was the best month for sales of EcoBoost-equipped vehicles (1,662), and total EcoBoost sales since the mills introduction are now total 4,973. Overall, things look just peachy with Ford, Lincoln and even Mercury sales improving in December.

The Ford Fusion had the most impressive numbers, with December sales increasing 83 percent and set new December and full-year sales records, with 18,852 and 180,671 respectively.

Ford’s full-year sales for 2009 totaled 1.62 million vehicles, which, granted, was down 15 percent from 2008, but when you consider other manufactures were posting sales drops of around 20 percent overall, Ford bled less than most car companies.

What I find most interesting about Ford’s impressive performance over the past year is two things:

1 – When a company pays attention to the product and to engineering, they will be able to sell that product AND will also be in a position to turn down government loans, unlike some other companies (couch-cough General Motors couch-cough). And

2 – The American car buying public can, and will, given the opportunity, buy eco-friendly products from a domestic manufacturer. Yes, I know that the hybrid drivetrains that Ford uses are sourced from Toyota. Yes, I know that in that, and other respects, Ford could do a lot better, but the fact that the American consumer has voted with their wallets in favor of FoMoCo seems like a very bright ray of sunshine to me.