The MINI Countryman, Fun has no Limits 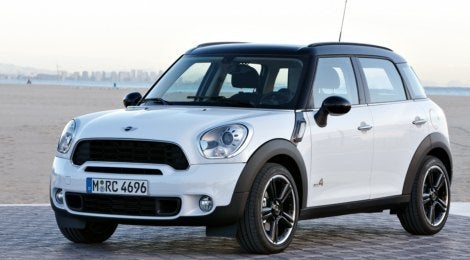 OK, it looks like MINI is serious. They are actually making an SUV version (OK, crossover) of their little, yet too much fun, hatchback. It’s called the MINI Countryman, and it actually looks like it could work out OK, for what it is.

It’s not a serious off-roader by any means. This isn’t something that you could take out through the back country of Moab or some such, but it DOES have four doors, more room and better ground clearance.

The new MINI Countryman is the fourth model of the MINI family. They call it “a genuine crossover vehicle” whatever that might mean. The Countryman is said to offer “enhanced opportunities in urban mobility and beyond,” all the while retaining the MINI’s go-kart like handling.

The MINI Countryman is the first model in the MINI range with four doors and a wide-opening rear lid. This is all there for more usability, easier entry, exit, hauling capacity, those sorts of practical considerations. The inside features four up seating, there’s now middle seat in the back – but that only follows, doesn’t it? Better to sit four in comfort, than cram five into a sardine-esque seating arrangement.

The MINI Countryman also comes with optional ALL4 all-wheel-drive. Making it a very practical, urban runabout for towns like, oh, let’s say Boston. 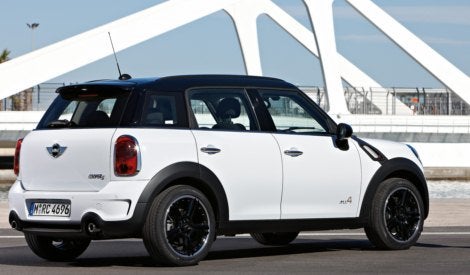 Now, about that permanent all-wheel-drive system. It utilizes an electro-hydraulic differential, positioned directly on the transmission\’s final drive, to vary the power distribution from front to rear. Under normal driving conditions, up to 50 percent of the engine\’s power goes to the rear wheels. Under “extreme” conditions (no, they didn’t say what counts as extreme) up to 100 percent heads to the back wheels.