Looks like Ford is rolling out another race special, and this one sounds REAL interesting. After FoMoCo’s reintroduction of the 5.0 nameplate, now they are resurrecting the legendary \”Boss\” nameplate too. The Blue Oval Boys will be selling a limited run of track-ready Mustangs with 5.0 power and Boss labeling in 2011, and you can order them right over the parts counters of its local dealerships.

The official details from Ford is that its new 5.0-liter V8 engine, that will soon be seen in the engine bay of the Mustang GT, will also be offered in a 302R Mustang that will be based on a street-legal 2011 Mustang GT. Along with more engine, it seems like you get less of everything else (as is befitting a race machine). FoMoCo has gutted the interior and added a spiffy full roll cage, a set of special racing seats and safety harnesses. And there’s even more special racing goodies to be had. The 302R also comes with a telemetry system, upgraded Brembo brakes, race tires and a race-spec suspension.

Price? A lot, w hole lot, actually. $79,000 to be precise. For that amount of scratch, you can pick up a 302R at any normal parts desk found at your local Ford dealership, with deliveries expected to happen around the fall of 2010.

Still not enough for you? Then say hello to the Ford Boss 302R1. The Boss 302R1 is exclusively prepped for the Continental Tire Sports Car Challenge series, which used to be known as the Koni Challenge series.

The 302R1 will be produced in an exceptionally limited run, with only five copies intended. And the price for the 302R1 will be a staggering $129,000. But for that amount of cash the lucky five buyers will get a unique, sealed high-output 5.0-liter V8 with a close-ratio six-speed manual transmission. The body will be seam-welded, and you’ll also get a race exhaust, a single-piece driveshaft and stiffer Koni race suspension.

Ford and promises to deliver the 302R1 in time for the season opener at Daytona International Speedway. 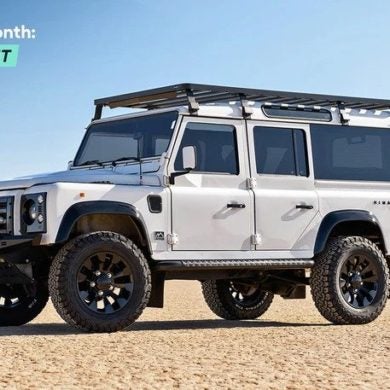