One of the coolest things about enthusiast cars is that they often have special editions periodically come out, or are sometimes offered in special colors. The 2010 Chevy Camaro is a shining example of a car that will be offered in a variety of special editions.

Other exterior changes include a standard rear spoiler and special 19-inch wheels.

The interior is also set up to remind you what you’re driving. The car also boasts Synergy Green trim covering the instrument panel and door inserts, along with matching green stitching on the black cloth seats, steering wheel, center console, and shift knob. 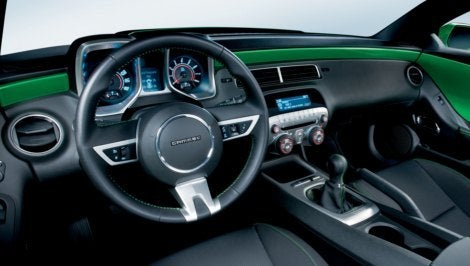 The 2010 Camaro Synergy is based on the 1LT package, coming with the 3.6-liter, 304 hp V6 engine that was in our 2010 Camaro 1LT review. The Synergy will also come standard with the Convenience and Connectivity Package, featuring bluetooth, USB port, and remote start for automatic transmission-equipped models.

The Synergy package will be offered in limited numbers from February to May 2010, and will start at $26,790. 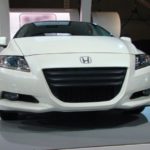