I tried to use up the entire tank of fuel, I really did. I drove aggressively, took the car everywhere I went and even took an extra five-hour trip, but no luck. As much as I drive, it’s normally not a problem to use up a tank or two of fuel in our test cars weekly, but the 2010 Volkswagen Golf TDI makes it hard.

After all, over that five-hour trip, I averaged 57 mpg – this thing is unbeatable on the highway. In a world of hybrid-electric cars, you’d think anything that gets over 40 mpg would be slow and boring to drive, but that’s another place where diesel has an advantage over hybrid and gasoline-powered cars – gobs of torque available at will.

The compact hatchback segment has always been huge in Europe, but it’s yet to really catch on here in the States. When Volkswagen brought the Golf to the US in 1975, they called it the “Rabbit” to convey its light, nimble, and quick nature.

Ten years later, they gave up on the Rabbit nameplate, renaming it to the original “Golf.” In 2006, VW tried the Rabbit name yet again, but apparently, it didn’t pan out like they had hoped; for 2010, the compact hatch is back to being called “Golf.” Confusing, I know. But this year, it’s not just the name that changes. 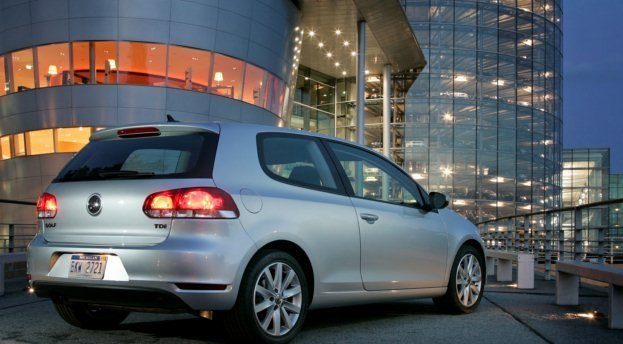 Now in its 6th generation, the 2010 VW Golf is completely redesigned inside and out. Although it carries over last year’s (the Rabbit’s) 2.5-liter five-cylinder engine, this year, we get the choice of the excellent 2.0-liter turbo-diesel inline four-cylinder engine from the Jetta TDI.

The redesign for 2010, both inside and out, is a huge improvement over last year. Overall, it’s a much more modern and stylish design, doing away with the “budget hatchback” appearance and going for a more upscale look. Take a look at some comparison photos between the 2009 and 2010 models:

Yeah, I think “huge improvement” is an understatement. And pricing? The 2010 Golf starts at a reasonable $17,620 for the 2-door hatch with a 2.5-liter gas engine. Bump it up to the diesel-powered TDI, and you’re starting at $22,354. Don’t worry, you’re not paying $4,700 for a different engine; the TDI comes standard with much more equipment, too.

Along with that torquey and fuel-efficient turbo-diesel motor, you’ll get standard 17-inch alloy wheels, Bluetooth, fog lights, a sporty suspension, and a touchscreen interface with a CD changer, an iPod interface, and satellite radio.

Options on the TDI include HID headlights, premium sound, and a hard-drive navigation system. If you want the four-door Golf TDI, you’ll need to pony up an extra $1500 or so. Something to keep in mind – the base Golf doesn’t get most of that stuff – even as an option – it’s for the TDI only.

The diesel-powered Golf TDI with manual transmission gets a 30 mpg city, 41 mpg highway rating from the EPA, but it’s easy to get more than that, especially on the highway. Opt for the DSG gearbox, and the hwy economy gets nudged up to 42 mpg. 140 horsepower and 236 lb-ft of torque gets the car from zero to 60 mph in 8.6 seconds, although it feels much faster than that. 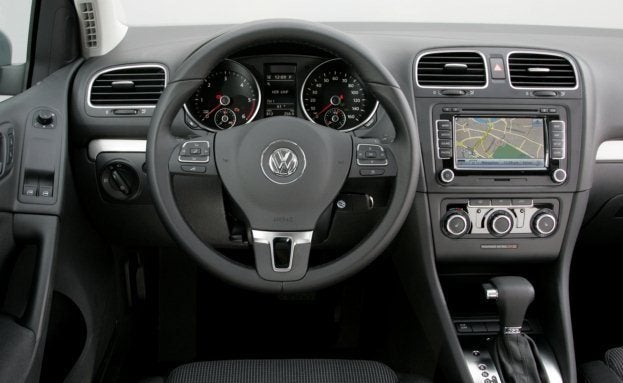 Recently, Volkswagen has done one thing to really stand out among its competitors: refinement. Even in the cheapo budget models like the Golf, the interior feels like it belongs in a much more expensive car with solid build quality, soft materials, and nice metallic trim that doesn’t feel cheap.

The instrument panel and gauge cluster looks and operates great, and the LCD driver information center between the main gauges is wonderful. If you opt for the navigation system, it’s one of the best you can get – it’s easy to use, looks great, and it’s one of the few that lets you use it while moving (as if you’ll never have a passenger with you?)

And there’s something to be said about details – I love the simplicity of the manual climate controls, seat controls (manual and power,) the easy button layout, and the single button to switch between day and night mode for navigation (most make you go into the settings or use the auto mode, which rarely works correctly.)

The Golf’s major competition is the Mazda3. And as much as I like the Golf, the Mazda3 is a great car; I’d have a problem choosing. Other competition is loosely defined, but you might want to cross-shop the Subaru Impreza, Honda Fit, and MINI Cooper.

However, none of them offer a diesel option, so if you’re looking for fuel economy in your hot hatch, the 2010 VW Golf TDI is the way to go. 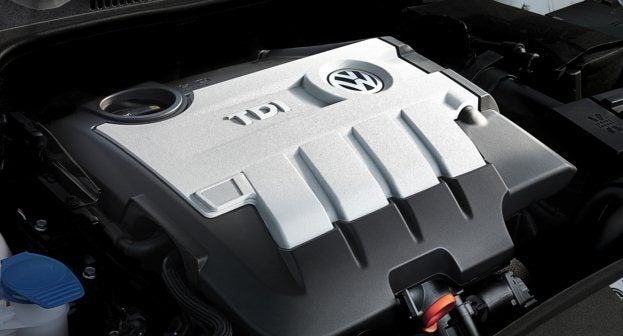 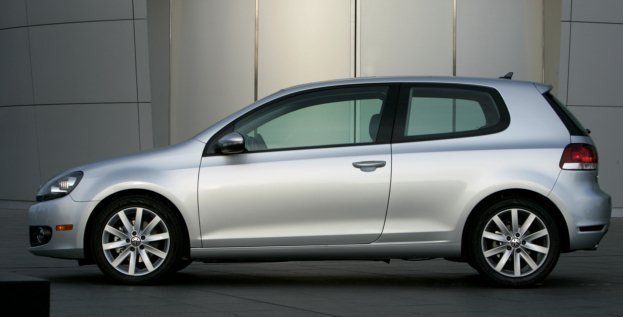