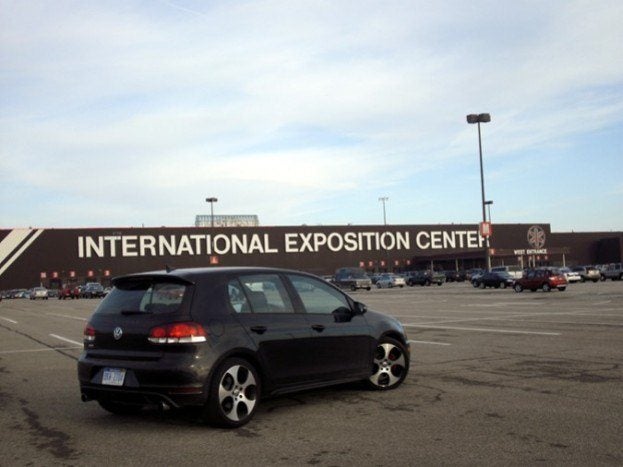 The Volkswagen GTI has been an automotive favorite since it was first revealed to the public in 1975. When it first hit the street, the tiny two-door hatchback wasn’t overly powerful at 108 horsepower. However, that didn’t hurt the playful nature of the GTI at all, as it was a very nimble, bare-bones pocket-rocket that looks sporty despite having such a boxy body. Owners loved the connected feeling they had through the steering wheel, revving the tiny 97 cu. inch engine to the redline while clipping the apexes on their favorite roads.

Over the years, the GTI steadily matured. Some of it was good, some of it not so much. The little hatch grew in size and weight, but engineers tried to keep some of the fun and inexpensive attributes that made the first car so popular. As VW began building a better quality vehicle, federal safety and emissions regulations became stricter, and adding two more doors, slowly fell away from that original formula that worked so well. This does not mean the GTI became an undesirable vehicle. It became different.

Today, Volkswagen is up to the sixth-generation of the GTi. It still has the small hatchback design, but it promises to be as fun and as practical. I’m sure most of you already know where I am going with this. 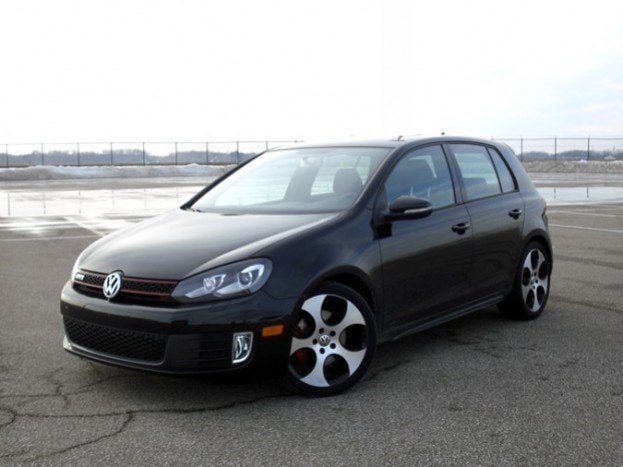 Let’s be technical here for a second. Volkswagen calls this “the sixth-gen GTI.” However, this car is no more than a tweaked fifth-generation, of which was a very good car. But the tweaks are actually improvements, and some are well-needed and enjoyed.

The most noticeable changes are to the sheetmetal. Upfront is a reworked snout, with a more aggressive front bumper, split grill (instead of a one-piece), and more aggressive headlamps. The fenders have a more pronounced flaring now over the wheels that is the start line for one of two sharp body lines that flow around to the rear. Accenting the new body are the optional 18-inch Daytona wheels, now a silver faced wheel with black accents.

Underneath the new body, the chassis is still the same front-wheel drive A5 platform used for several other Volkswagen and Audi vehicles, but engineers made numerous tweaks to the GTI suspension. From lighter suspension components come returned struts and shocks with higher-rated springs, as well as larger 23mm front, 19mm rear sway bars. All these small tweaks are supposed to make the GTI a sharper handling hatchback.

The inside has been updated as well. Everything from the seats to the steering wheel to the gauges and center stack has all been changed. The most noticeable change is the blue and red scheme used for years has been replaced with a soft white glow. Most fans loved the two-color scheme. 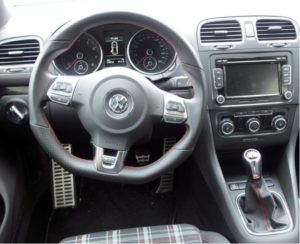 The aforementioned seats have been redesigned with more side and thigh support than the previous generation, and are wrapped in a new Interlagos pattern. The center stack now houses Volkswagen’s Premium 8 stereo system (my test car had the optional Dynaudio system), with a new-for-2010 touchscreen headunit to control everything from the Sirius satellite radio, six-disk CD changer, and available iPod Adapter. Finally, the ventilation and heatable seat controls have been revamped as well.

To quell the broo-ha-ha from loyalists, I will reiterate that the fifth-generation was a very good car. Well-made, refined, and fun to drive, it just felt too portly to really fling around. With this 2010 and its changes, the car feels much more tossable, much more lithe in every aspect.

Just looking at 2010 shows a much slimmer body. Compare it to a 2009 and the older car looks much larger, almost bloated. And with the new split grill, the 2010 model looks much more authoritative, like this car should be. Inside, the wonderful bolstering on the front seats envelope every square of body fat, but does so with surprising comfort. The interior is fantastic as well, with the cool touchscreen radio being a breeze to use (skip the Dynaudio though) and some of the best sport seats in the industry. Even with the sporty nature, there is still 15 cu. feet of room behind the rear seats and room for four in all day comfort (five is it’s needed, but not recommended).

There is also a noticeable improvement in this little VW as well. While it still has the superb 2.0-liter, turbocharged four-banger that produces 200 horses, the responsiveness of the powertrain has been improved. There is less lag down low and it feels like it pulls harder to about 6200 RPMs (redline is around 7,000 or so). Also more responsive is the steering, which feels much sharper and more neutral in the corners, which makes the GTI much easier to hit the apexes in corners and hold your intended line. There’s very little unwanted movement from the all-independent suspension, which helps to push the GTI even harder. 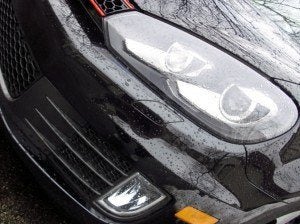 Complaints are few. The suspension is on the firm side, but even with the optional 18-inch Daytona wheels with high-performance rubber, it’s quite comfortable. Only large bumps and expansion joints cause a bit of the “bobblehead syndrome”. Also, as much as I appreciate the new HVAC controls, they do feel a bit cheap in an otherwise well-made cabin. Finally, while the touchscreen radio was my favorite feature and easy to use, the lag time while scrolling through an iPod playlist is frustratingly slow.

The GTI has always been a favorite of the car crazy, and it still should be. With a price of $27,115 with the larger wheels, Dynaudio and power sunroof, it may not seem like a bargain. However, the good part is it still retains the fun, but keeps most of the quality Volkswagen is known for. For that, the price is worth it. 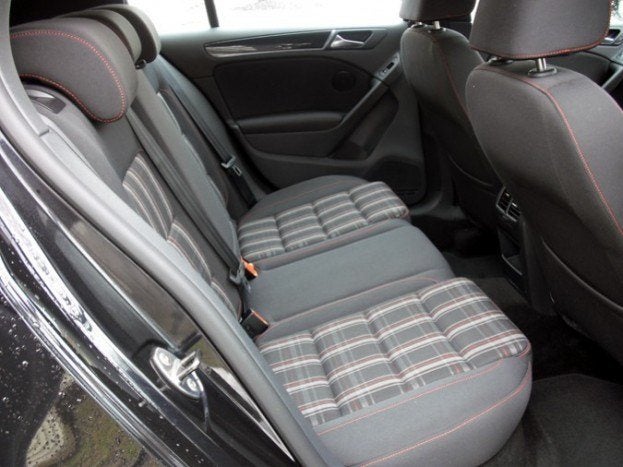 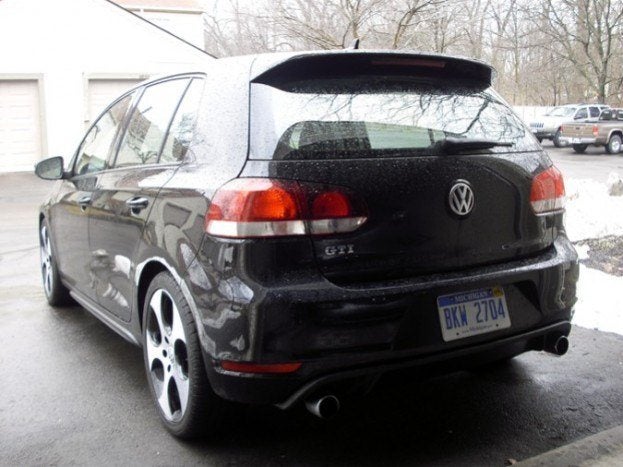