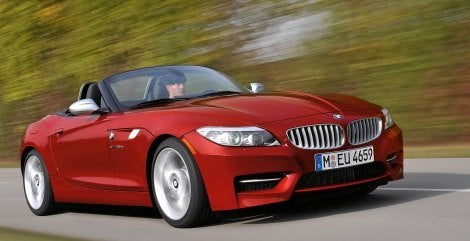 The only thing that saves the BMW Z4 from being completely worthless is the performance. Everyone knows these things start like a bad day and can stop on a peso, which is good, because that means it’s fast enough to outrun that “flame surfacing” BS the Bavarians decided to inflict on such a competent drivetrain and chassis.

Having its debut at the 2010 North American International Auto Show in Detroit, BMW says ” … the new BMW Z4 sDrive35is distills the Roadster’s performance potential to produce one of BMW’s fastest and best-handling Roadsters ever. ” OK, I won’t quibble with them on that.

How, you ask? Simple: More air, boost, and torque.

The latest BMW mill features better air intake flow and also increased boost pressure, as well as two low-mass turbochargers and “High Precision” direct fuel injection. BMW says that this gives the Z4 ” … an output a naturally aspirated engine would only be able to provide through more cylinders and larger displacement. ” Yeah, two turbos usually do give you that, now don’t they?

Speaking of the turbos, they were developed to maintain a high output throughout the entire engine rev range. Peak torque is bumped up to 332 lb-ft from 1,500 rpm to 4,500 rpm, and the maximum power output is 335 hp, that coming in at 5,900 rpm.

Thanks to an enhanced engine management system, an electronically controlled overboost function briefly increases the torque under full load by another 37 lb-ft. That could be fun. And addictive. I wonder what would happen if you were to bring it in to the dealership for warranty service, and the computer was to show you were on that overboost function constantly?

Anyway, the short-term torque peak of 369 lb-ft gives the car a noteworthy enhancement in acceleration. BMW says the Z4 sDrive35is will sprint from a standstill to 60 mph in just 4.7 seconds. Top speed? That’s limited electronically to 155 mph. 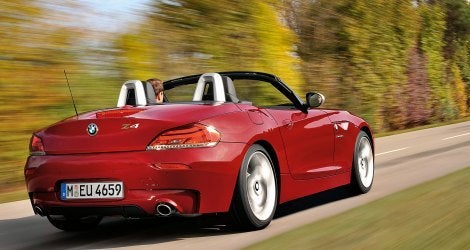 No, I don’t know what it has to do with Kansas either.