Cadillac, the standard of the world. That used to be their company slogan, back before the Second World War, and they meant it, and could rightly say it. And you could say with pretty accuracy that since the end of the second world war, General Motors, or any GM division for that matter, peaked in the late fifties or early sixties, and it’s been a long down hill slide form being the number one car make on the planet to, what is it now, third or fourth.

Cadillac’s CTS coupe has long been coveted. It was rolled out as a show car a while back, and it turns out that are actually going to build it. Will it return Cadillac to being “the standard of the world”? Most likely not. Cadillac has a long way to go before they can start worrying the likes of Ferrari or Mercedes, but the CTS is a pretty good car.

\”CTS Coupe is the new focal point of Cadillac, expressing both our technical and design capabilities. It is intended to appeal to a new generation of car enthusiasts,\” said Bryan Nesbitt, Cadillac general manager at the launch of the 2011 CTS Coupe at the Los Angeles Auto Show.

Good and let’s hope he’s right. Cadillac has been largely irrelevant for decades now, most noticeable with either car enthusiasts or new generations. If Cadillac is going to grow and develop and return to being relevant again, that is what they are going to have to do. They are going to have to ditch the constant worry about the bottom line, and start appealing to people who care about cars (i.e. people like us) and attracting younger buyers. So far, there is only one engine mentioned, a direct injected 3.6L V-6 mated to a six-speed manual transmission. Using direct injection is cool. It’s more efficient, gets you more power from a given displacement, and it puts out less pollution. The mill under the CTS hood has lowered emissions over a comparable non-DI engine by a measured 25-percent drop in cold-start hydrocarbon emissions.

Although it is “only” 3.6 liter engine, it does put out some respectable power figures: 304 horsepower @ 6400 rpm and 273 lb-ft of torque @ 5200 rpm. That’s not bad for what most car enthusiasts would consider a “little 6”. The CTS also gets a reported fuel economy of 27 mpg on the highway, and also runs on less expensive regular unleaded gasoline. 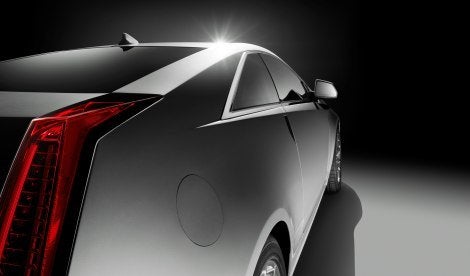 There was not mention from L.A. about any other engine choices, but you know that Caddy would be stupid not to drop in the running gear from the CTS-V. No doubt that will be announced at a later date, once the Coupe version is up and running. 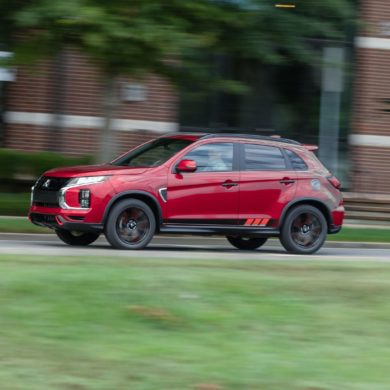