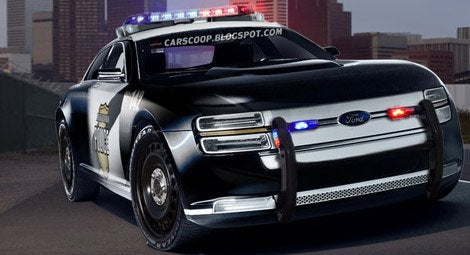 See that cop car in the picture? You better memorize the way it looks, because that’s the brand-new Ford police interceptor for 2010, and if you’re like most gearheads out there, that’s the car that will be keeping its beady little eyes peeled for the likes of you.

Ford is, as it turns out, America’s largest provider of police and municipal vehicles, with around 45,000 police cars sales every year. Good for their business, I guess, but with word that General Motors was rolling out its new for 2011 Chevy Caprice patrol vehicle, Ford had to have some sort of answer. 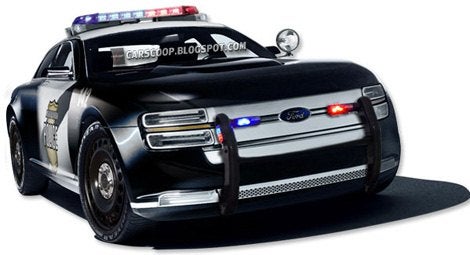 And so Ford announced their answer yesterday, with the all-new, purpose built Police Interceptor specially designed and engineered to replace the current Ford Crown Victoria law enforcement vehicle lineup from 2011. Take that GM.

Ford only announced that they’re going to be coming out with the new cruiser, and didn’t release any pictures, so the shots you see here were ginned up by Carscoop and are based on the Ford 2006 Interceptor Concept. 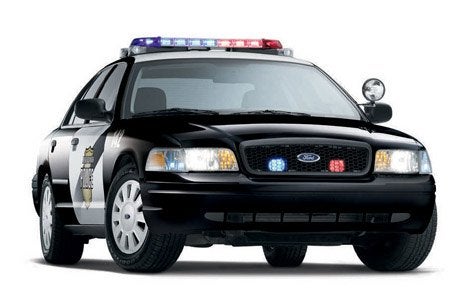 The new for 2011 Police Interceptor is being developed in conjunction with Ford’s Police Advisory Board. No, I didn’t know they had one of those at FoMoCo either. Anyway, the Police Advisory Board provided input over the past 14 months on a host of attributes for the Police Interceptor for things like safety, performance, durability, driver convenience and comfort, compartments to hide drop guns, secret stashes for the coke you might want to keep … OK, I made up those last two. 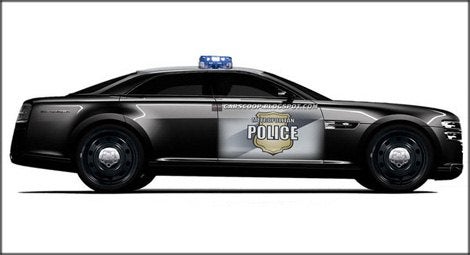