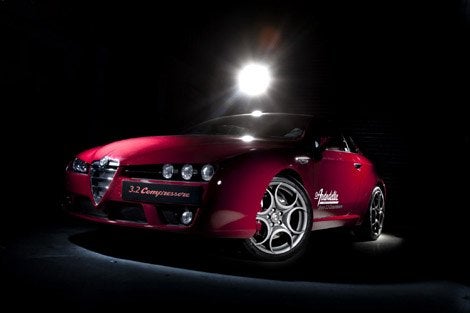 If you ask me, Alfa Romeo can’t get back into the North American market quick enough. Why? Well check out this car here.

This would be a Prodrive-modified version of Alfa Romeo’s stunning Brera S 3.2 that has the added benefit of an Autodelta Supercharger.

So, with Fiat (Alfa’s parent company) still working on which models to bring in, I vote for this one.

Prodrive’s Limited Edition Alfa Romeo Brera S 3.2 is making its world debut at this weekend’s MPH09 Motor Show in London. The souped up Brera is based on the UK market Brera S and seems to be as stunning on the road as it is to the eyes.

A new project between Prodrive and Alfa Romeo UK, the Brera S 3.2 is a limited edition and highlights a bunch of upgrades the most noticeable being a weight loss of 220 pounds, thanks to the ditching of the standard Brera V6’s Q4 all-wheel drive system and going with a front-wheel drive and a sportier suspension. To make what sounds like a great car even better is the inclusion of Autodelta. Autodelta are the guys that used to run Alfa’s F1 program, and are still capable of doing some serious tuning. Said supercharging kit with an intercooler increases the 3.2-liter V6 engine’s output from an already healthy 260 bhp and 322 Nm to an even more impressive 352-horsepower and 435 Nm of torque.

No performance figures yet, but you don’t have to be Isaac Newton to do the math. Autodelta says the mechanical LSD works in a more natural way since the Q2 traction control system only operates in more extreme scenarios, applying the brakes to transfer power to the required corner, offering better feedback to the driver and that sort of thing.

In addition to all of that, the package incorporates Autodelta’s height-adjustable Sportline suspension kit. The coilover suspension, which is new, features new spring rates and 40 different firmness adjustment settings that are driver-adjustable. 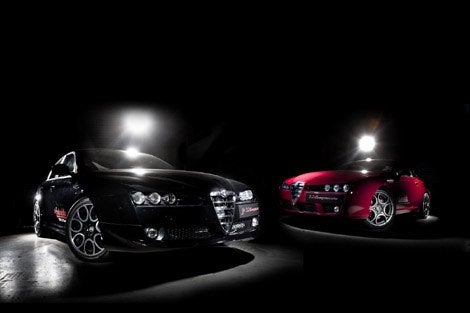